The DJ at a club I used to frequent would keep scrap paper and a pen near his set for you to write requests. Now, whilst I consider myself to have a pretty decent taste in music, there were times when the songs I wanted played would be signed with an apology.

Drunk, out with friends, big dance floor... you know how it is. Sometimes Sk8er Boi is appropriate.
Posted by Gnarlee at 22:32


Following the previous posts of whimsy fantasy and cartoon fun, we're suddenly onto action-thriller stuff. I hope your taste in art is as eclectic as mine.

Amidst the real horror of crime and war, it's easy for us to forget that guns are cool. Only in films and games though. In real life they can be owned by complete dicks. I'd like to own a gun.

I worked in a game shop for a while and this mother put a violent game (Battlefield, I think) on the counter to buy for her son. As she rifled through her purse she gestured grumpily to the soldier on the cover and said "If I was going to do this, I'd do it for real." "And kill real people?" I joked. She looked up at me with a facial expression that suggested she didn't know what a joke was. "Well the people who play this are just kidding themselves, aren't they?" She snapped. The lady was kidding herself that her words made sense.

I must admit, my desire to draw guys with guns did occur after playing GTA 4. Is this proof of games inspiring violence? Not really. Mostly what it did was inspire me to buy GTA 5. I like how sometimes you hear people blaming games for gun violence and then calling for the banning of games rather than, say, the banning of guns.

Anyway, out of fear that this will turn into some massive moral debate I'll get back to the art. When I originally drew these two pieces I had no plans to have them relate to each other. But they look good side by side, so I've decided to display them side by side. Even their individual titles work well together.

I still wanted them to both have their own personality though, hence the different backgrounds.
Posted by Gnarlee at 17:43 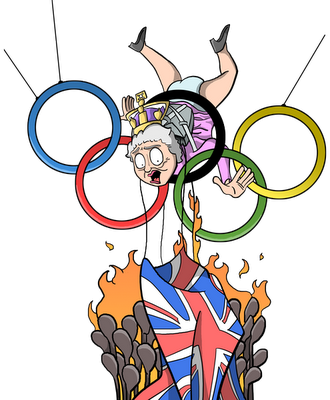 With the Olympics now over, I got a little nostalgic and decided to share with you my favourite moment from the opening ceremony. You don't remember this bit? Just after the Queen parachuted from the helicopter? It definitely happened.
Posted by Gnarlee at 13:56 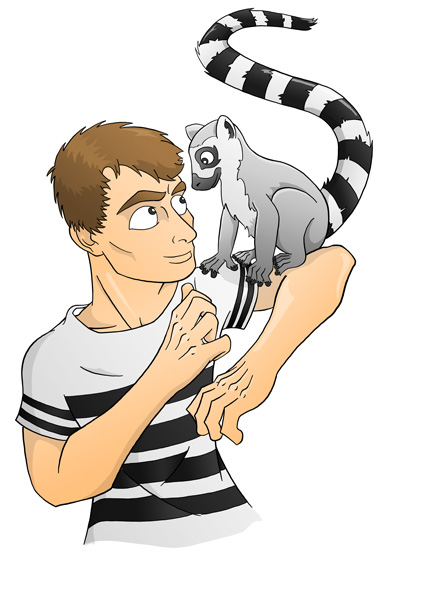 I read His Dark Materials earlier this year. Now I want a Dæmon.
Posted by Gnarlee at 15:24 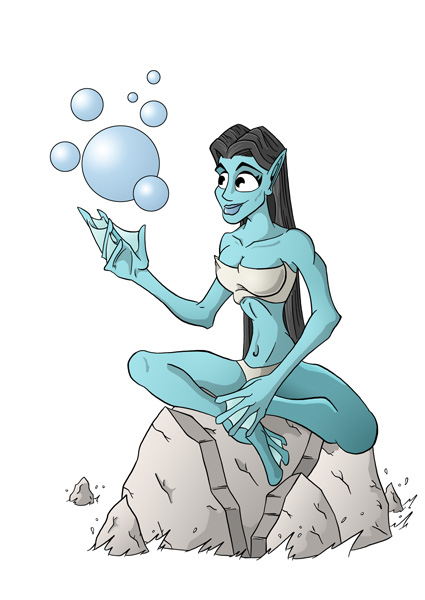 Different species - intelligent species - are what makes Fantasy fun for me too. Elves, Dwarves, Orcs... although Orc intelligence is debatable. The point is; here's a Mermaid. Or as I call her, Merdanser.

Originally I wasn't going to bother with a unique name and just say 'my version of a mermaid'. Further motivation for this developed when all I could come up with for a while was 'merlegs'. No Gnarlee, no. But merdanser is good. Hmm, perhaps I'll draw male versions in the future and call them Mermarchers. That sounds pretty good too. 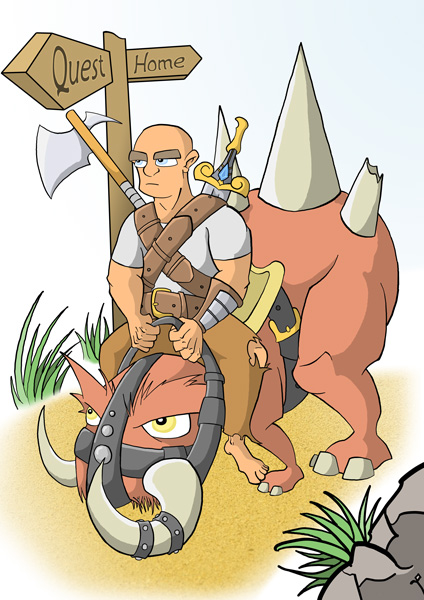