I'm mentally and physically exhausted from the fallout, the world is laughing at us, so today I had fun. I drew something completely unrelated. 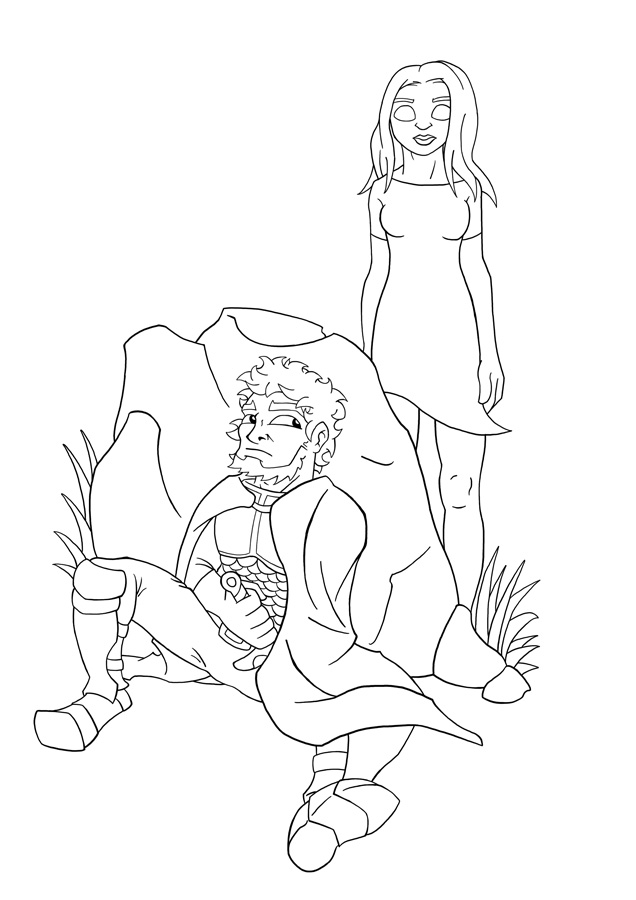 I had the idea for this image a few days ago. It's unusual for me to have an idea then draw it so soon. There's usually a mandatory procrastination period of two hundred thousand years, but here it is.

A medieval-esque traveller is resting by a rock when he hears footsteps, so he silently grabs the hilt of his sword. The audience sees the one approaching is a beautiful woman, a mysterious ethereal figure, and that the sword's hilt is placed rather suggestively. I don't often draw scenes, but this is a scene. And an attempt to tell a story, to ask questions. Are these characters gonna rumble, or romance? I was gonna say 'fight or fuck' but thought that was too crude. I mean obviously I've said it now, but only to tell you I won't.
Posted by Gnarlee at 23:39