Drawing something every day for Inktober felt amazing. But tiring. It was a relief to finish. However, I was so proud of my accomplishment that I couldn't rest for too long. I wanted to keep going. Govember? No. No, not every month needs a special name. Months already have names.

I don't usually do tributes. But Stan Lee's impact on my life was too great for me not to do something to mark his passing. No sadness, no angels or pearly gates. Just a celebration of the man and his work.

I had the pleasure of taking part in @Calmoray's Sidekicks Collab. The project's goal was to have side characters from animated Disney movies be drawn by a different artist.  I chose Undertow from The Little Mermaid 2. I love this squished down little shark. And the Genie was already taken.

Smash Bros Ultimate is coming out next week and I am very excited. Or at least I would be, if I had a Nintendo Switch to play it on. Still, I was at least excited enough to draw a bunch of stuff for it. The reveal of 'Piranha Plant' as a new fighter in the game divided fans. As always, I'm on the side of it being 'just weird enough to be cool'.

To be honest, I'll probably come up with more. 79 characters isn't nearly enough for one game. Come on Nintendo, make the effort.
Posted by Gnarlee at 23:31

I finally did Inktober! The month-long daily drawing challenge started by Jake Parker. I've joined in for two or three days before, but this time I did the whole damn thing. 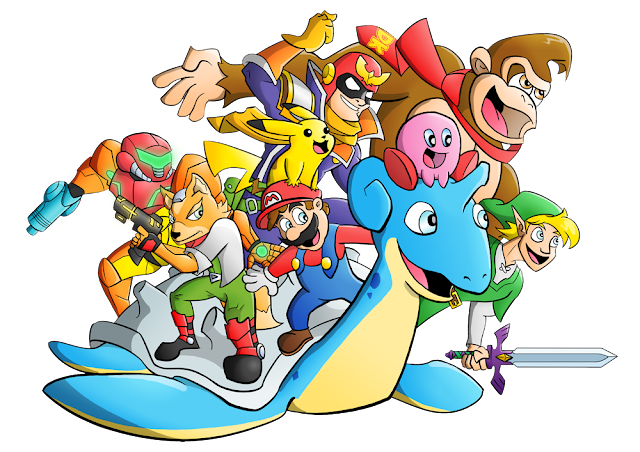 The Trash Tapes, Hobo with a Shotgun 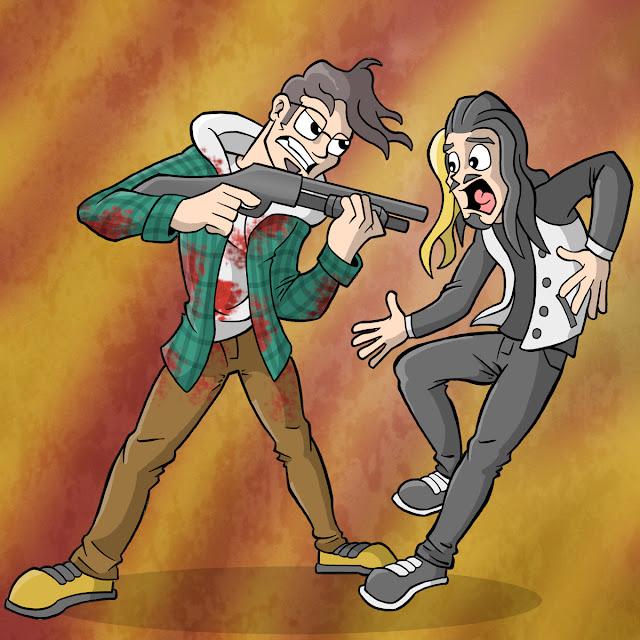 Here's the title card for episode 2 of 'The Trash Tapes', where Johann and Edward talk about 'Hobo with a Shotgun'. I wonder what it's about.
Posted by Gnarlee at 14:54 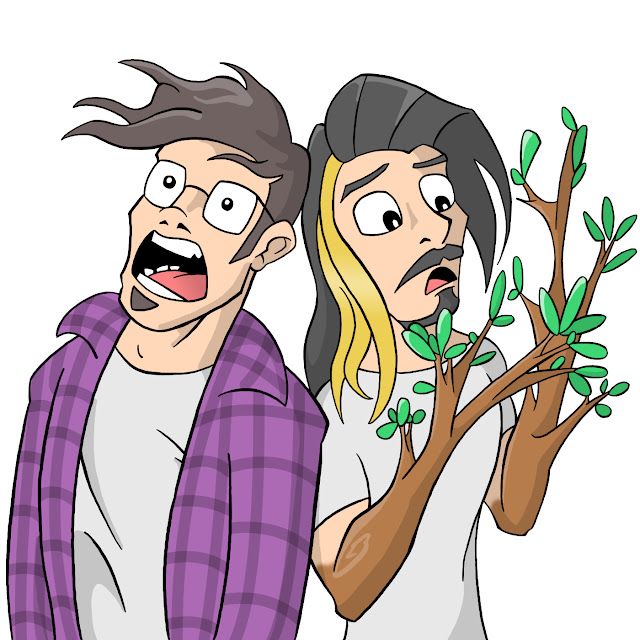 The first episode of The Trash Tapes is about 'Troll 2'.

Troll 2 isn't about events that followed Troll 1. In fact, it isn't even about Trolls. So as a podcast about terrible movies reaching cult status, there's nothing better for Johann and Edward to start off with.

No. The only monsters in Trolls 2 are Goblins; who apparently have both the selfish carnivorous need for flesh AND the vegetarian pomposity to only eat plants. Now that really is a horror.

Don't invite them round for movie night. They'll probably turn a pepperoni pizza into spinach, the bastards. 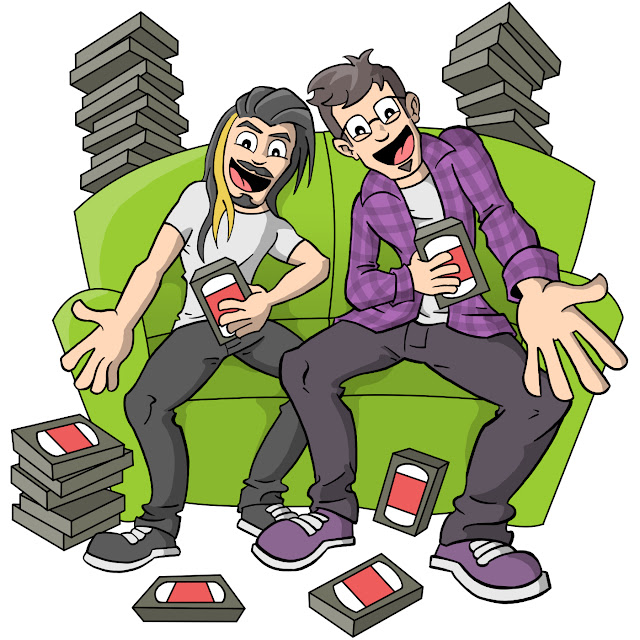 These adorable boys would like to welcome you into their happy world. Admittedly Their world is blood and horror. Still, how can you say no to those faces? 'The Trash Tapes' is a new podcast from my friends Johann Chipol and Edward Harvey, discussing movies that have managed to achieve cult status! You know, the shit ones.

This is the header for their website, and the first project I've worked on since my breakup. Well that's not quite true, 'crying forever' was my first project. And then I kept myself occupied by drawing The Infamous Five for a while. But this thing involved new stuff I would then have to colour.

When Johann asked me to provide artwork for his podcast, all I really wanted to do was say no and crawl back to bed. Although, if I'm honest, I was already in bed when he sent the messaget. The point is he's a friend, I was flattered to be involved, and quite frankly I needed the money. Now here we are. I'm very proud I powered through with it 'cos it came out better than I expected.

Usually when I colour a thing, I just go with whatever colour that thing is most likely to be. This time I tried to stick to a theme. The logo is purple and green, so they had to be purple and green. I gave the VHS tapes a green tint rather than have them be standard black and white, so they'd fit the theme too but still look natural. The only other colour is red is for the labels, purposefully standing out, as there'll be mostly horror movies. Oh, and Harvey's hair stands out too 'cos he likes to look pretty.

Johann has informed me he wishes he actually owned that shirt. 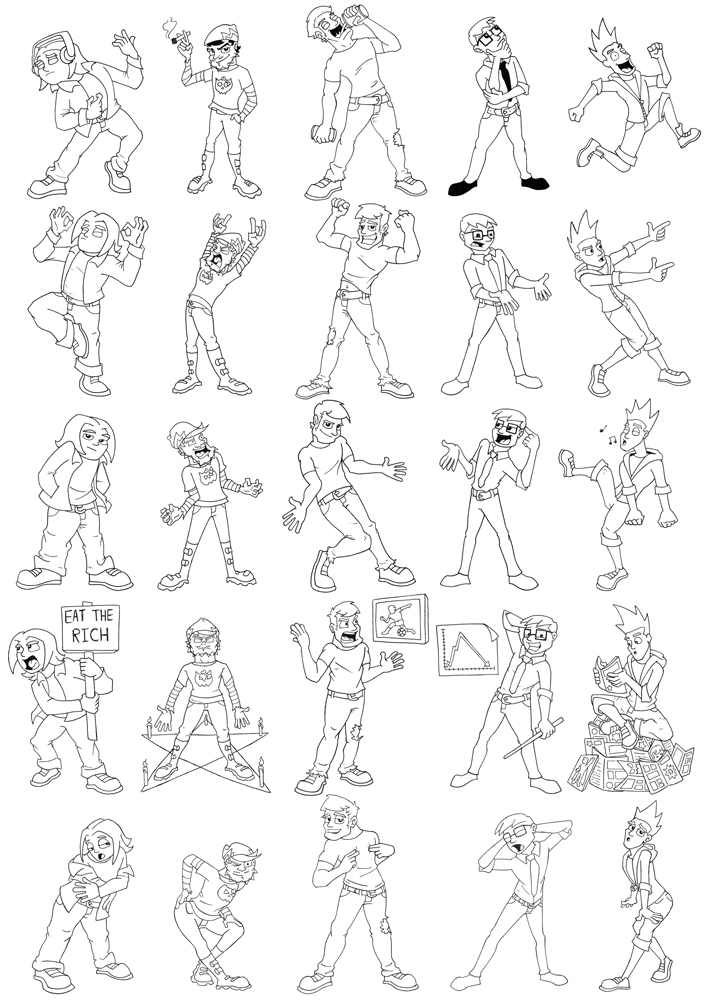