'Breakout Heroes' is a story I'd like to tell and much like everyone else with an idea, I've decided to execute it at the best possible time: 'one day'. The problem is, that might clash with the 'perfect abs' and 'learn another language' I've got happening on the same date.

Still, I've decided to do what I can for now and just get stuff down on paper. I don't need the drawings to be 'good' anymore, not all the time. I just need them out, rather than keep this burgeoning fiction in my head to the point that I'm distracted from the real world I live in. Seriously. I'm starting to realise it's a major problem. What nonsense it is to be distracted from the real world with a story you won't tell.

This is my 3rd sketchbook and whilst the drawings aren't as good as the previous, that means I'm getting better. Hear me out. Letting go of perfectionism means you get things done. That's an improvement. I'm learning better habits. Plus, some of these drawings look pretty okay to me. Do you understand how big a deal that is? I'm happy with drawings I didn't obsess over. That's how it's supposed to be. I've noticed tutors and clients were way happier with the work I gave them than they were with the perfect image in my head they couldn't use. And I'm happier when I don't obsess over every line. You've gotta treat those lines like a cocaine addict. Just do them over and over without thinking. I mean those guys really seem to enjoy it.

I suppose there is a danger that because I know these are just sketches, I haven't truly committed to anything and I get to obsess later... so I need to recognise that.

The previous sketchbooks contained the 'super people'of the story, who made choices good or bad regarding their powers. This sketchbook contains antagonists and obstacles, whose only role is challenge the heroes. As before, I can't go into detail. I don't want to spoil the story I'm not telling and like everyone else with an idea, I'm paranoid it'll be stolen. You'll just have to believe me when I say it's super perfect in my head. 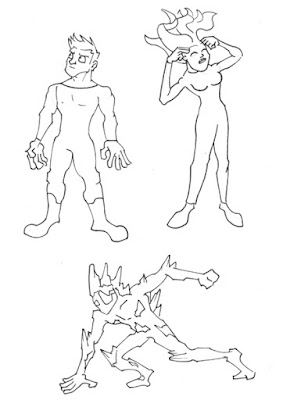 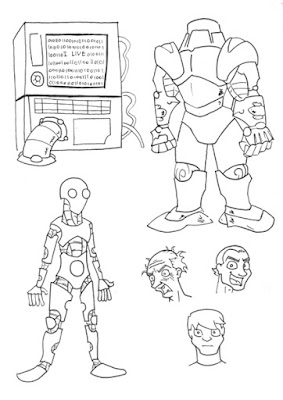 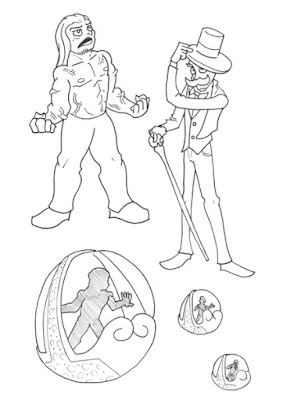 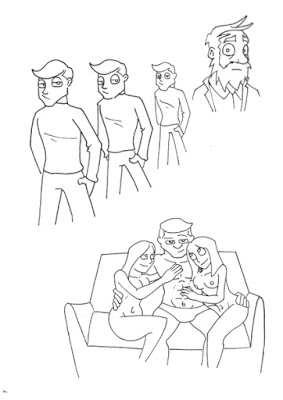 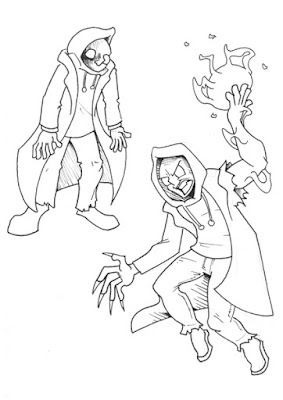 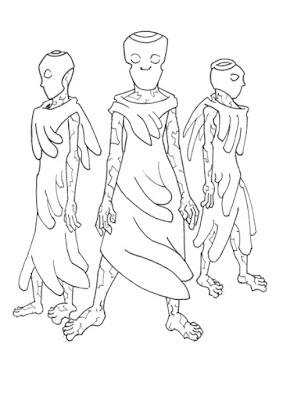 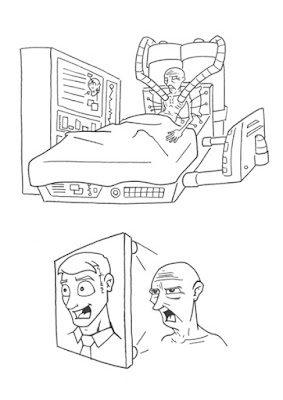 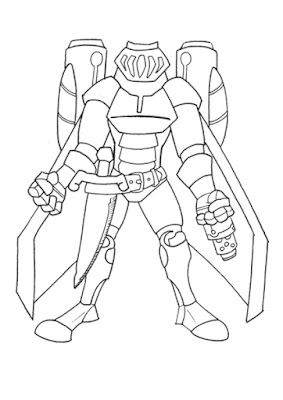 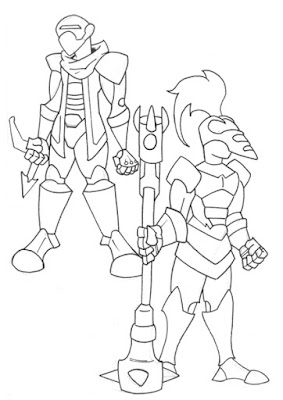 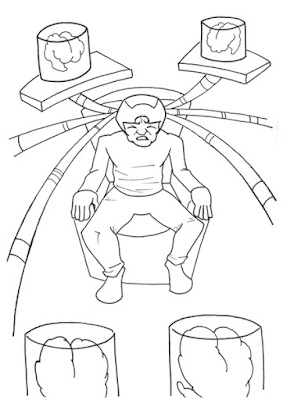 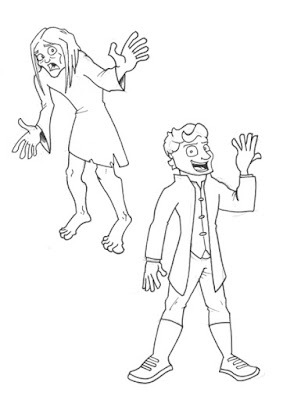 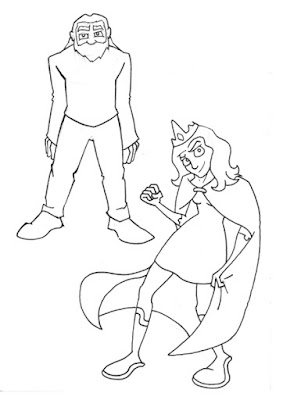 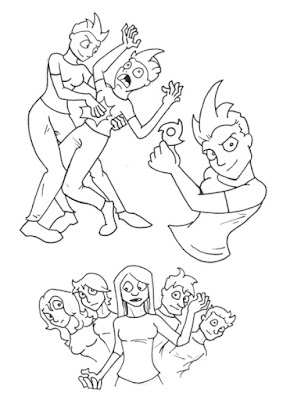 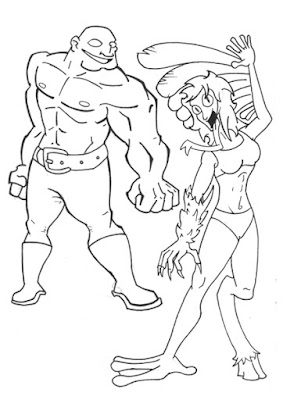 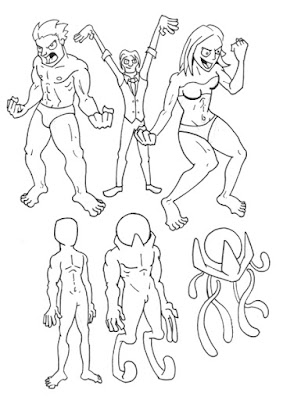 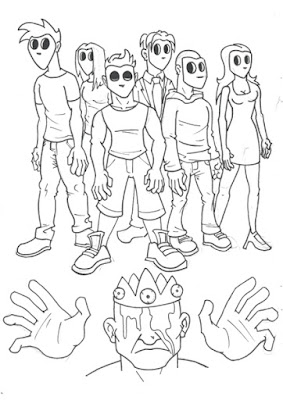 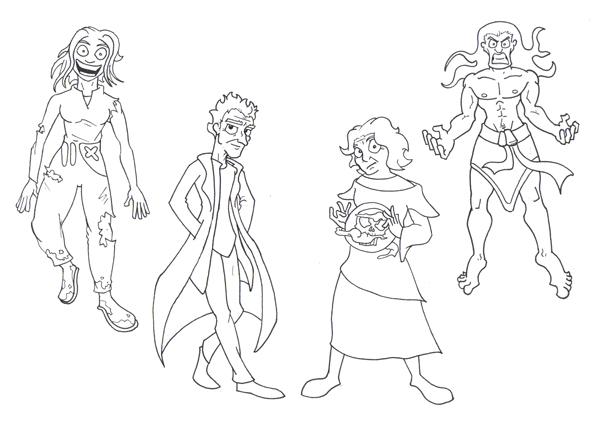 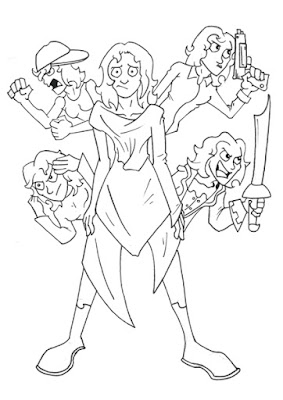 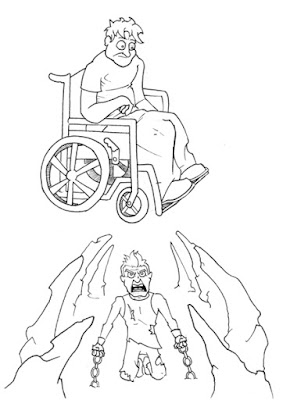 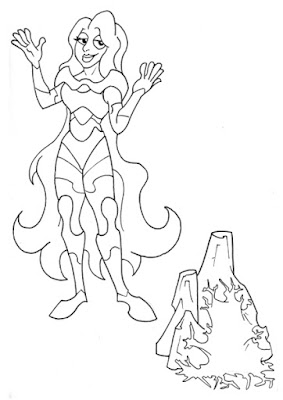 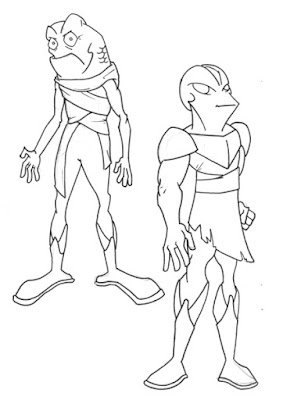 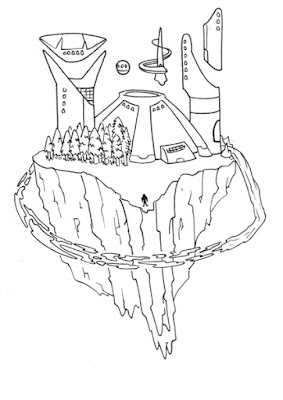 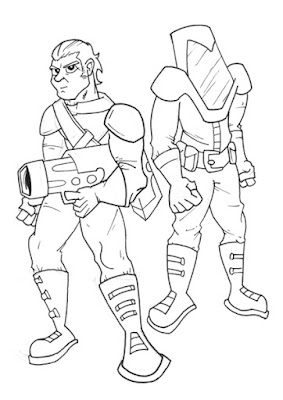 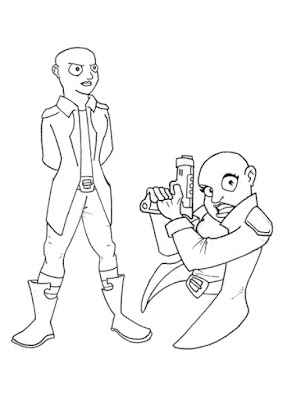 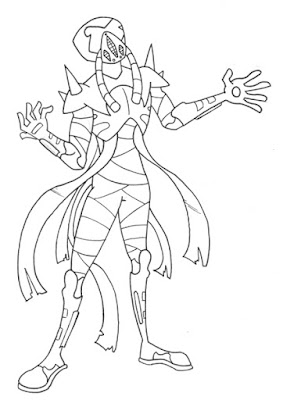 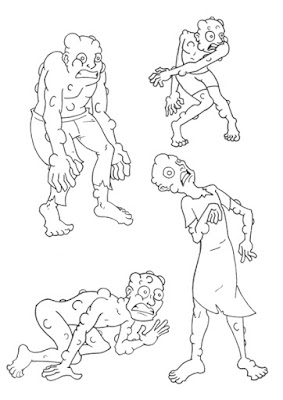 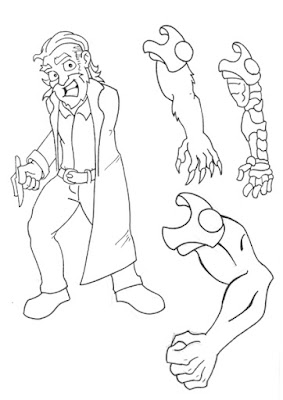 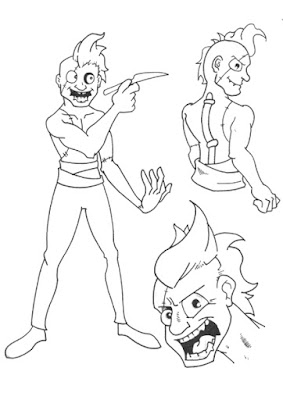 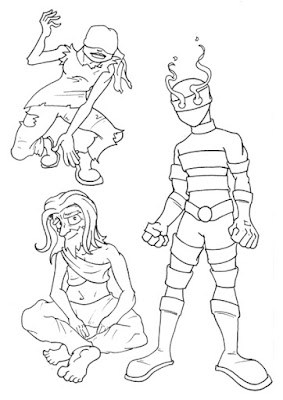 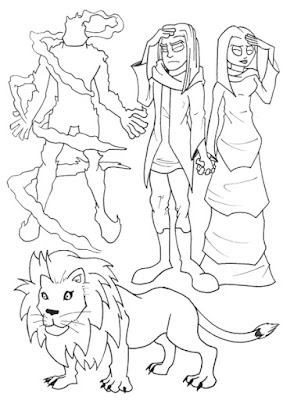 I drew this on our first Valentine's Day, 6 years ago. We broke up a week ago today.

Y'know, I started this blog with the strict intention of posting work and making jokes. But I can't deal with this breakup. I just got to this fucking despair out of me.

I didn't talk about my relationship much on here. Or anywhere. Not because it wasn't important to me, but because it was the most important. It was so special to me that I didn't want to brag about it. I didn't need it validated. I am devastated that it's over. Everyone says I'll get over it. But a week ago, I had a bright future planned with someone I thought wanted the same thing. It made me so happy. Now the best thing I have to look foward to is feeling neutral about having no future. It's not reassuring.

I'm a fucking mess. Not just 'cos he's the greatest guy I ever met but 'cos everything else in my life sucks. My day job drains all my time and energy (hence why it's been a little quiet around here) for no satisfaction. The pay is so awful that I earn less in 1 hour than what it costs to travel there. I never go out. That's not hyperbole, I have no life. I'm meant to be a young man. I can't go out 'cos I need to save money for trains. And they're always delayed or cancelled, making me late, thus costing me more money. Sure, everyone hates their commute. But mine rules my whole life. I take trains to work, to earn money, to afford trains to work.

I try to exist by drawing and making videos, but I've always struggled to find an audience. That's just the way creativity goes sometimes, I'm certainly not owed anything and I'm grateful for those who drop by. Yet it's also my only interaction with the world outside my tiny life. So when the stuff I put so much hard work into doesn't quite connect with people? Or just doesn't get seen at all? It kills me. I'm not just failing as a creative but as a person trying to be part of the world.

Nothing has changed in the year since I moved back to London. I live payday to payday. Those are the only days I think about. My clothes all have holes in and I'm worried how that makes me look. I must look like I don't care. But I promise, I can be as vain and self-absorbed as a wealthy asshole. So I made the time to exercise again. I can at least make my body look good, but I still have to wear clothes on public transport (apparently). Being physically stronger boosts my mood but it's not enough. I'm still miserable, still angry. My running trainers are in pretty good condition, but my regular shoes are falling apart and my mind is going with them.

My relationship was the best thing I had. An escape from my situation. But my situation limited our options. It wasn't an escape for him. He'd invite me places, but I couldn't go. He'd encourage me to fix my situation and of course I made efforts. But I was just so damn tired...

We spent several days together, saying goodbye. After 6 years it's too difficult to walk away after one conversation. It hit me on our last evening that when I would leave to go home, it was to a life I hated, without my one piece of happiness. At that point I struggled to breath. My relationship took me out of my problems. But they still affected us. Now he's gone, and I'm just left with the problems.

It wasn't all about me, there were other reasons we broke up that were to do with him. It seems like this was inevitable. But I'll always wonder, if I had found a way to improve my situation, maybe I could have changed his mind. Or at least had more time with him. One more trip to Sweden, one more Christmas, one more birthday, one more Valentine's day.

2 days ago I struggled to breath again, another attack of some kind. I don't know what it is exactly. I had just finished drawing, and decided to take a break. At which point, because I had nowhere to go, everything escalated in my mind. All the problems whirling around my head culminated in the fact that I couldn't leave this flat. There was nothing to distract me. I couldn't, for example, call up some buds and go drinking. I had to stay inside, poor and sober. I paced around the flat clutching my chest, sobbing, vocally despairing to no one.


Even before the break-up I was telling myself to get my shit together. But then I realised; I have a fucking job. I work hard, prepare meals, wash my clothes and pay my rent on time. I regularly exercise and MAKE stuff. Albeit, stuff nobody sees. I make friends too, albeit friends I never see. I've got my shit together. But wages are just so fucking low that people in work only just scrape by. It doesn't just affect their lifestyle, it affects their state of mind. And all around me the world engages in cruel, self-destructive politics that drive wages lower and living standards higher, whilst saying poor people should blame themselves for working an unimportant job. I mean that's a weird way to describe a service relevant to the economy. I'm not saying politics ruined my relationship - although I am gay, so it's not for lack of trying - I'm saying nobody in any job should live this desperately. I'm saying 'going out drinking' is an important part of the breakup process and I can't do it 'cos I need to go be unimportant at something that demands my best efforts.

Okay yeah dating websites are free but I don't want to add STDs to my list of problems.

Last month I framed my degree. I framed it to remind myself of the last time I fought through a bad time to achieve something. A motivator. But I keep taking more hits. I've mentioned before my achievements over the last 3 years: broke out of unemployment, earned my degree, moved to London. I still don't know what my next fight is, and if my partner isn't even here to back me up? I don't know if I have the strength for it.