The Infamous Five #20, Sketch and Inks

Here are the sketch and inks for the latest page of my webcomic, which can be read at TheInfamousFive.com! 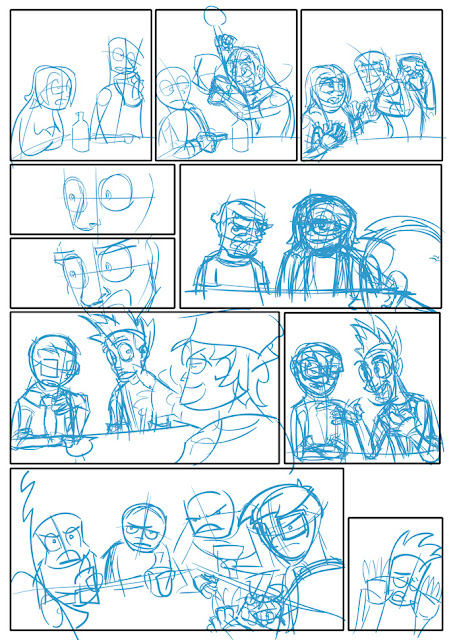 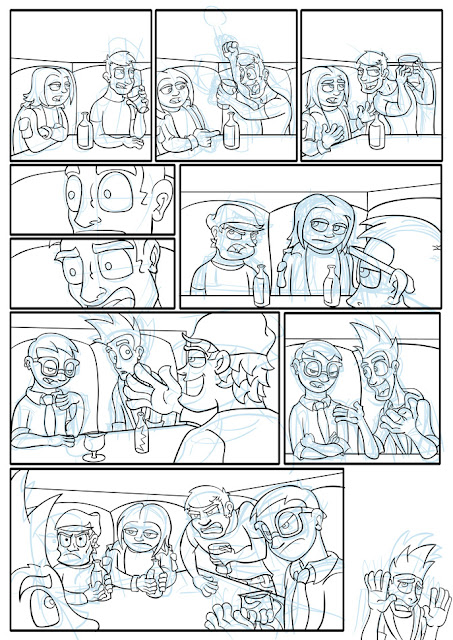 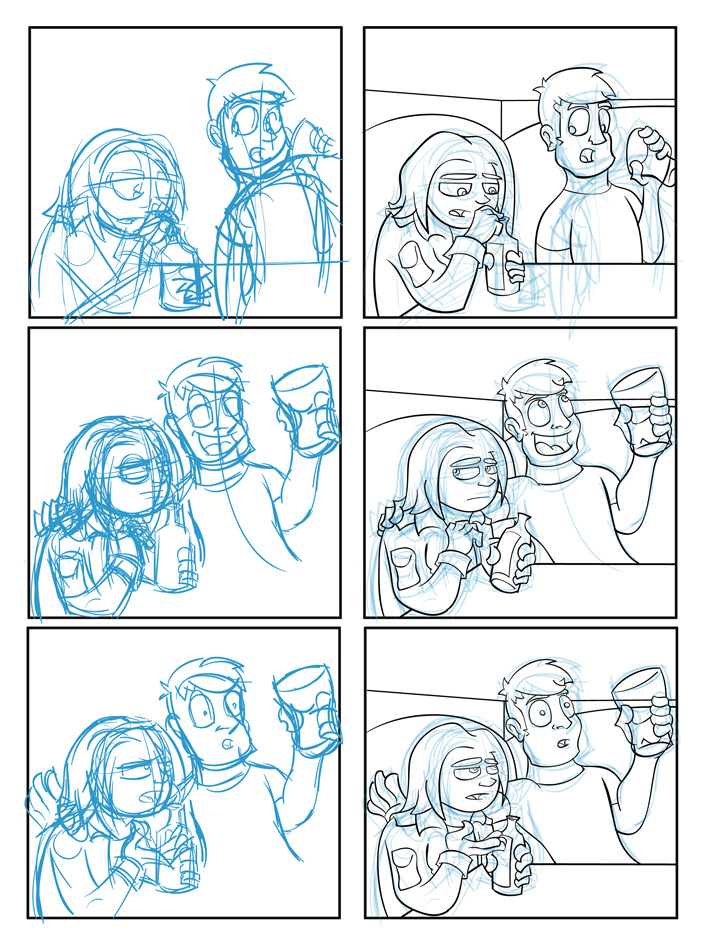 Here are the sketch and inks for #19 of my webcomic theinfamousfive.com! 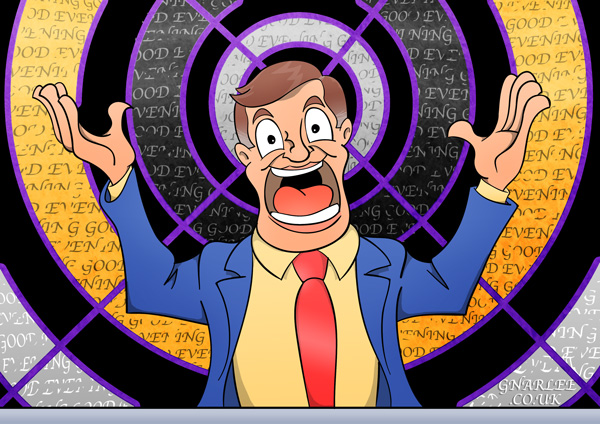 I watch a lot of QI whilst drawing, so I suspected at some point I'd be drawing the show itself. It's odd to suspect yourself of something, like a detective awaiting a crime. Now that's it done a voice in my head is saying "Ha, caught you!" ...I shouldn't refer to my art as a crime.

For those who don't know, QI is- wait a second, this is the internet. Why explain? Head to Youtube, type in 'QI' and watch Stephen Fry tell the camera quite interesting facts whilst 4 comedians tear them apart. It's a good time! Also, I managed to sneak a description in there anyway 'cos I hate it when people start talking to me about their favourite topic then answer every question with 'Google it'. Fuck off, why don't you Google conversation instead then get back to me.

I've seen every episode of QI multiple times. Which isn't a boast, rather an obsession I should probably justify. Well, aside from the fact it's funny and quite interesting (there's what QI stands for by the way) I keep going back to it because there's something about the combination of intelligence and silliness that's incredibly warming at a time when a lot of television shows seem to celebrate idiots, conflict and vanity. I don't think I even need to name those shows, you've probably thought of 3 already. I'm personally talking about reality and game shows here, I know there are some decent scripted shows playing right now that I plan on watching. But I suspect I'd need to concentrate on those characters, not be trying to draw my own at the same time. 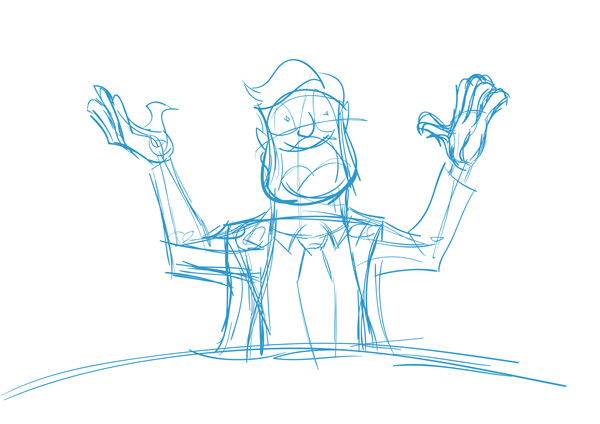 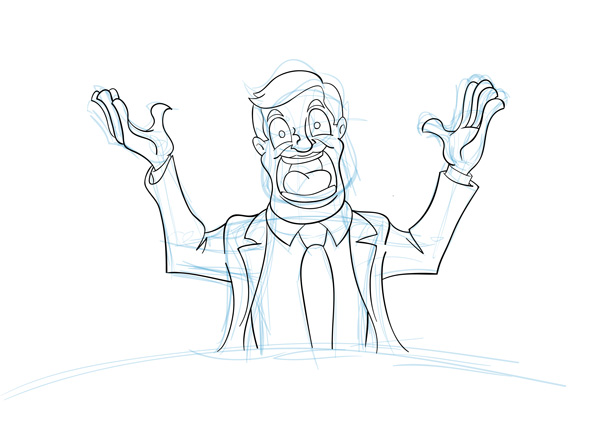 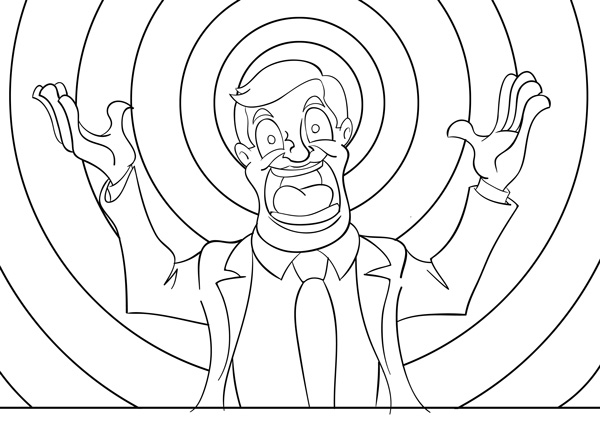 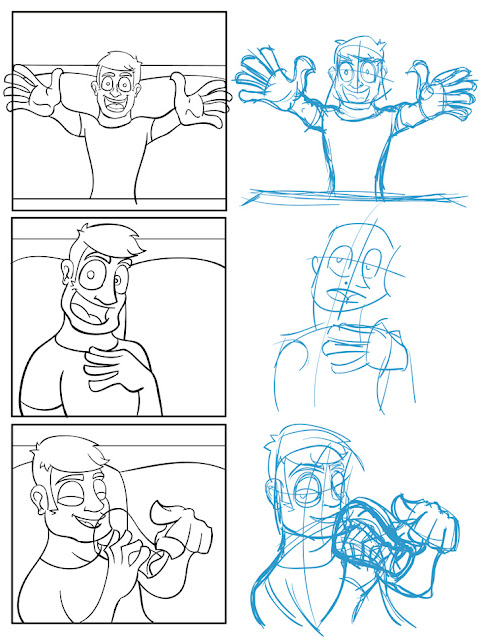 Here are the sketch and inks for the #18 of my webcomic The Infamous Five!
Posted by Gnarlee at 16:56 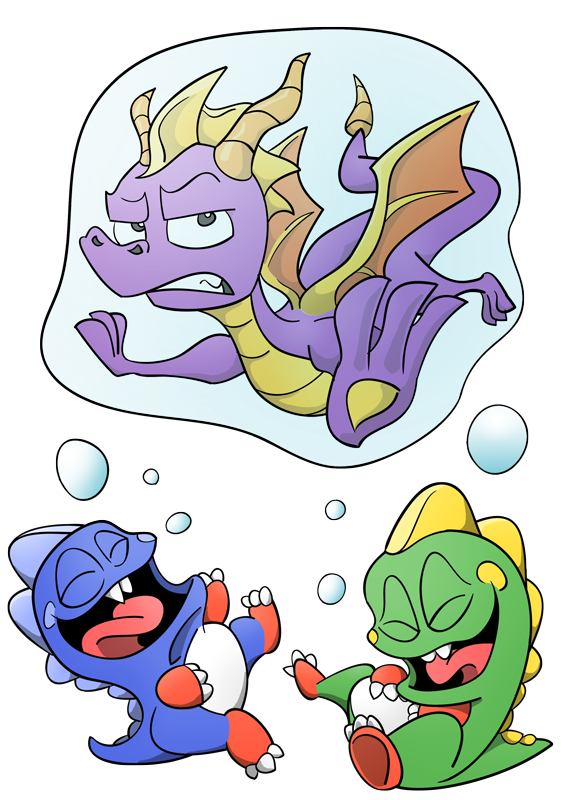 When I was drawing video game crossovers back in January, this was one of the ideas that came to mind. I didn't draw because I wanted  to stick with the furred animal theme I had going at the time (really don't want to use the word 'furry'), but I always wanted to go back to it one day. Which was apparently today!

Spyro isn't a game I've played, mostly because I've never owned a Playstation. But I like the concept. Well it's pretty simple, I mean he's just a dragon. But he's a cool design, cartoony fun that looks like it can kick ass. I like that line between fun and tough.

Bubble Bobble I played a lot as a kid, another example of going to a friend's house and being more excited about his stuff. I have a sudden urge to play it again.

I drew these characters by looking at the front covers of their very first games. 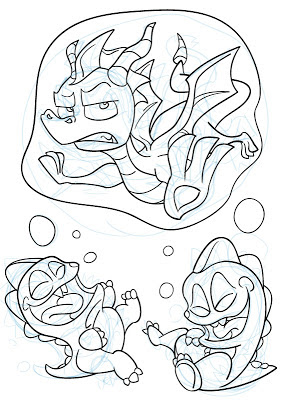 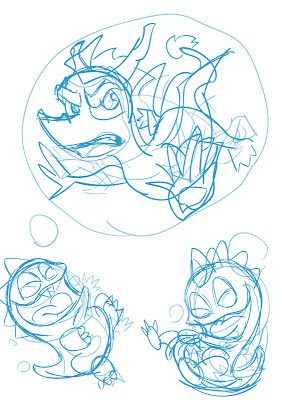 Despite drawing a comic about friends in a pub I rarely get together with friends at the pub. "Aww." say the audience. It was driving me a little mad, so yesterday I made the effort and hit Camden Town with some mates. I say "hit" to make it sound more cool, but really the word "went" would do.

The table we sat was covered in scratches and graffiti because that's the kind of pubs we like. And then we thought that if people can draw their crap on on this table then why not draw mine? A little guerrilla marketing for my webcomic The Infamous Five! One of my friends happened to have a fat pencil case stuffed with black pens (my pencil case just had pencils) and here's the result! 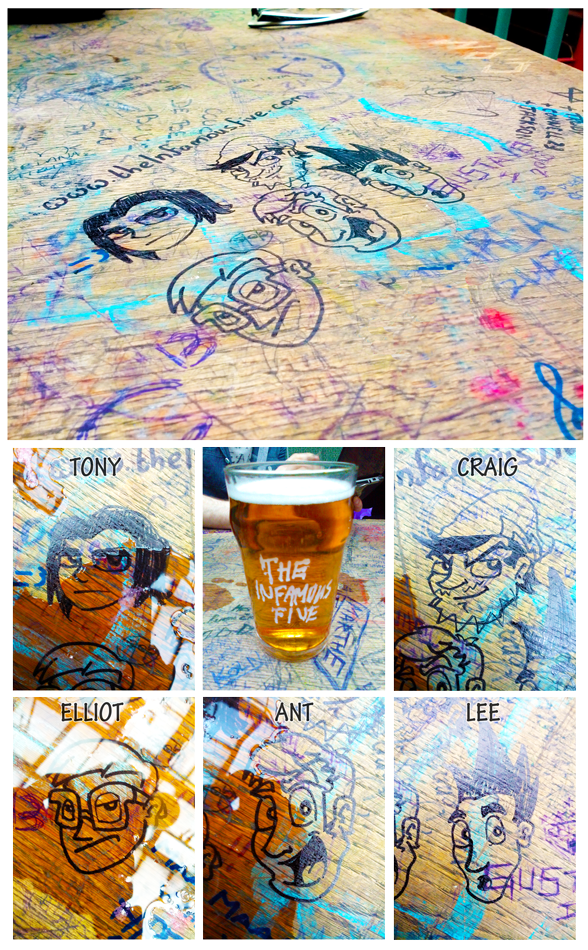 I must confess, in the first picture there was a big "MAARTEN WAS HRE" graffito that I've Photoshopped out because it was distracting from my masterpiece and I don't want you to think my name is Maarten. Plus, I don't like that there's a Marten in the world who spells his name with two As and the word 'here' with one E. But I do like that the singular form of graffiti is 'graffito'.

In the centre of the pic you can see my friend wrote 'The Infamous Five' on a pint glass which I think looks just fantastic. That pint glass on a white background would make a great movie poster. Not to, er, sound too ambitious or anything.

The table got damp with cider and snakebite as the afternoon flowed on. I suppose that doesn't make us seem particularly dignified, but hey, we weren't having tea with the vicar. And look! There's NO smudging! 3 of the guys are drenched in booze and they're still clear. Loving those pens, it means my art will last forever. Or last until someone comes along and draws penises on their heads. Which was probably about an hour after we left.
Posted by Gnarlee at 23:32