Rencently the images I've uploaded to Blogger (which is the platform I use for my websites, one of which you are looking at now) have had their colours automatically changed, ruining the quality. At first I thought it was a glitch that would eventually resolve itself, but it kept happening. So I searched online to see if anyone else has this problem and it turns out, lots of people. It's due to an ‘auto-enhance’ feature Google added that can only be turned off if you join Google+.
Google. Fucking Plus.
I’m so angry. Google have thrown all these inconveniences at their users to force them into joining their piece of shit social network. We all noticed it on YouTube when comments and the like/dislike button was suddenly denied to anyone who only had a mere Google account. And now it’s my website. Which admittedly fewer people have noticed… but for fuck sake, this is my work! This is my God damn life I’m trying to build from the bottom up! Everything depends on the artwork looking good, it's what I slave over. I refuse to believe that a company as successful as Google has hired programmers dumb enough to think their auto-enhance feature actually enhances anything.
So I’m gonna be moving my websites to another platform as soon as I can, which either means enlisting the help of a friend to move everything as it is or building something entirely new. Obviously I’ll let you know what's happening. Until then, things carry on as normal.
You know, I’d probably have joined Google+ eventually just out of damn curiosity. But I utterly refuse to succumb to this fucking blackmail.
Posted by Gnarlee at 00:45

Email ThisBlogThis!Share to TwitterShare to FacebookShare to Pinterest
Labels: fucking, google, plus, shit 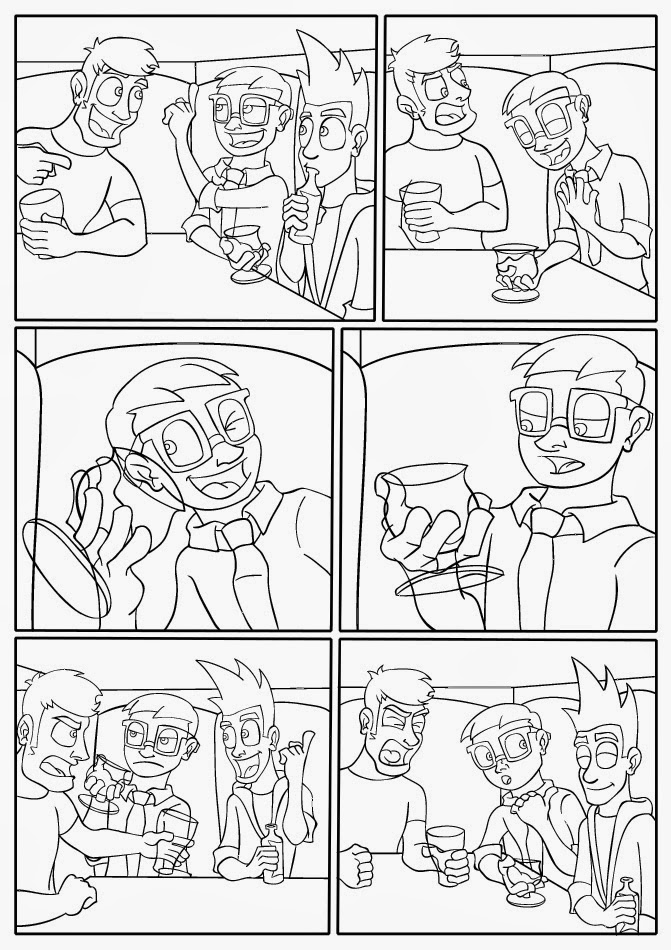 Here are the inks for the latest page of my comic The Infamous Five, which you can read now at theinfamousfive.com!