I drew some friends. Now I'm going to show them to you, because you and I are also friends. Actually you're just a faceless section of the internet and I'm nothing to you, but we're both human so let's try to make a connection. 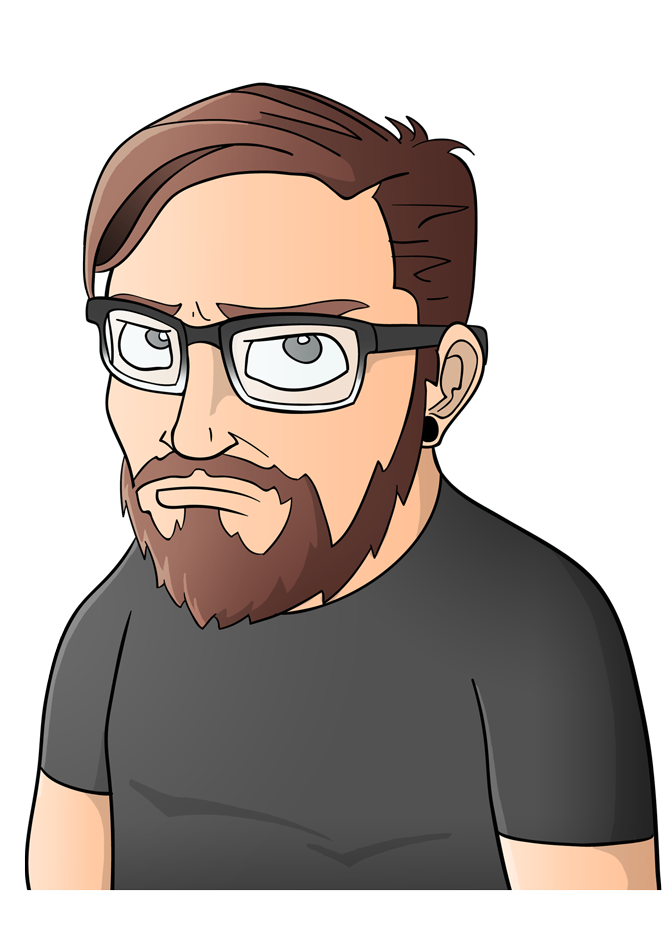 This is Johnny Chiodini. He's the cantankerous bearded wanker (his words) that used to present various shows for Gamespot, but he left to pursue a career in not-being-sworn-at-by-angry-gamers. Which is a shame because it would've provided me with a good name-drop. "I know someone on the internet." How many people can say that? Still, his name is so hard to pronounce I kind of drop it anyway. Apparently it helps if you do it phonetically: jon-ee. That's not so hard I suppose. 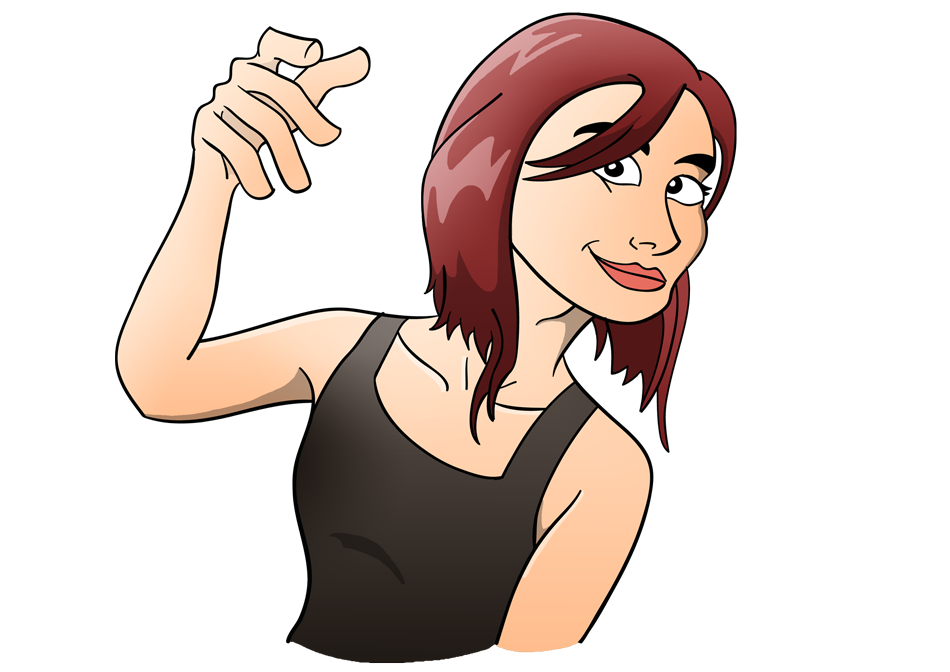 This is Wiggy. She's an artist too, so I can link you to her own art page like so. Please don't go anywhere just yet though, I've got lots of good stuff to say about MY drawing first. It's, uh, well as you can see there's, uh... hair. Red hair. Hand. Posing all like. Face? Eyes... Next.

Now when my third friend asked me to draw him, he wanted specific focus on his tattoo. But the problem is, the tattoo already exists as a drawing. I didn't think I could do any better than the thing that was already on his arm. So I decided to do something tattoos can't do, and make it 'come to life'. 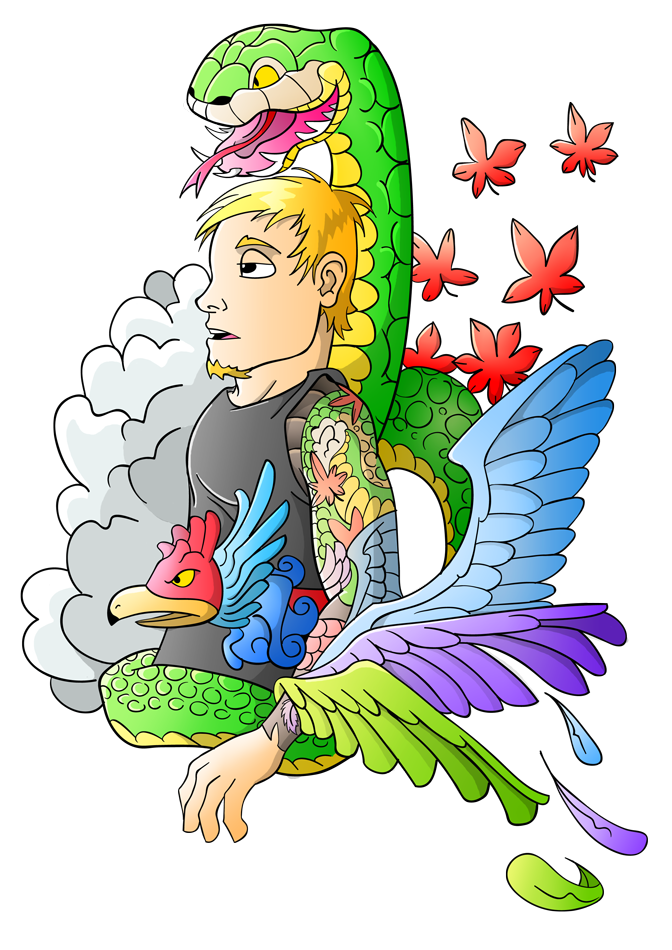