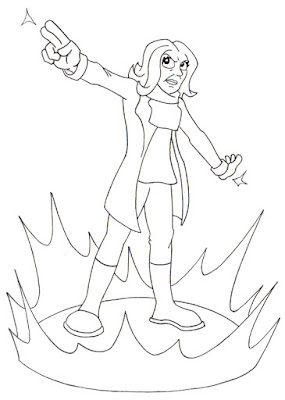 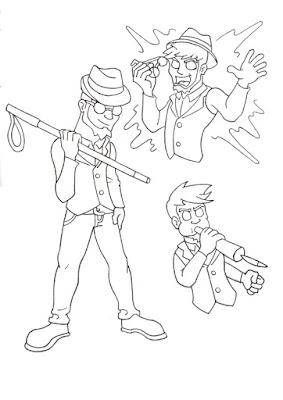 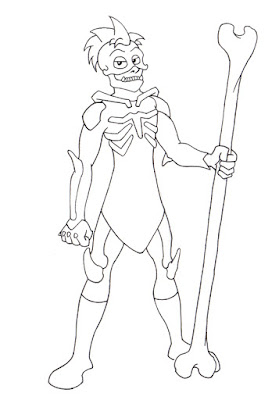 I've finished my 2nd sketchbook! It feels weird. This book has a long history. Most of that history involves not drawing in it. But the book itself has been with me through the last 3 stages of my life. Now it's finished, and it's hit me that I don't know what the next stage is.

I'll be honest, this is gonna get pretty introspective. You can just skip to the drawings if you want, I won't be offended, the last guy has a machine gun for a head. If you give any kind of shit though:

1. I bought the sketchbook around mid-2015, whilst still working at a student shop. I'd only just finished my first sketchbook but I was determined to keep going. Determined. Then my contract ended so I didn't get past the second page... I was invited to return to that job after the summer but I decided I wanted to return as a student. In the time I had worked there, I had built up enough confidence in myself and my artwork to repeat the final year of my degree that I had failed earlier in my life. So I did keep going - just not in that book. However, I took it with me when I moved to campus.

2. I attended lectures. I drew. I animated. I made friends, spoke in class, goofed around with housemates and oh god I was finally enjoying university for the first time in my life and when I finally felt like I was making progress and hitting my stride... univeristy ended. Ha. If only I could've gone back for 2 years. It's okay. This time, I felt like I had actually FINISHED. I left that course and campus satisfied. This time, I would not be looking back. Except for this paragraph, of course.

Around the same time, my parents sold the family home (of 25 years!) and moved to the countryside. I went with them, safely far away from an old neighbourhood where I could have easily sank back into old habits. There wasn't much to do in that empty little countryside town though, so I started filling up that sketchbook's empty little pages. You've seen quite a few of those already. I called them the Super 13.


3. Now it's 2017. I'm living with a mate in London and working a new, albeit depressingly similar, job. It's retail again, selling art supplies. Although maybe it's not similar enough. The hours are longer. The pay is less. The customers are more demanding. I've found it harder to keep drawing. The last page in particular book remained unfinished for weeks. Maybe I was scared to ruin it after coming so far. Then, one night, I just bloody did it.

When it was done, I sat with the sketchbook closed beside me and feeling a weird mix of emotions. Accomplishment for having finished it. Guilt over the fact it took so long. Wistfulness over the places I've been and people I met. And a general sense of pride for the last 3 years. After originally failing university and spending a couple of years unemployed, those 3 stages of activities and efforts are really important to me.

I just need to figure out where the hell I go next.

Anyway, here are those last pages. Along with Super 13, these characters share the same story as the ones from the posts 'Superheroes' and 'Seven Ways to Win'. Y'know, I think it's time I quit it with these confusing different titles and commit to one simple name.

These are the Breakout Heroes. 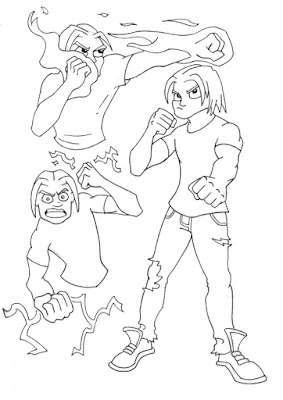 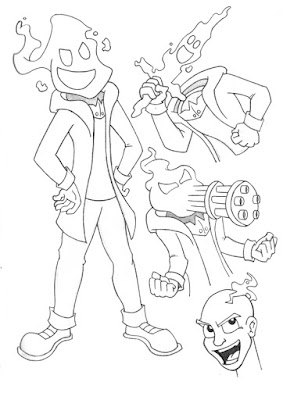 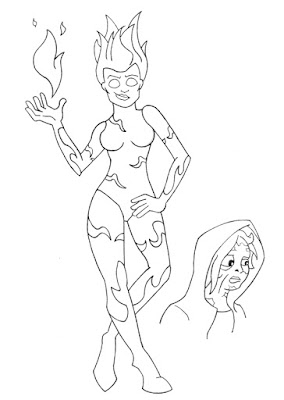