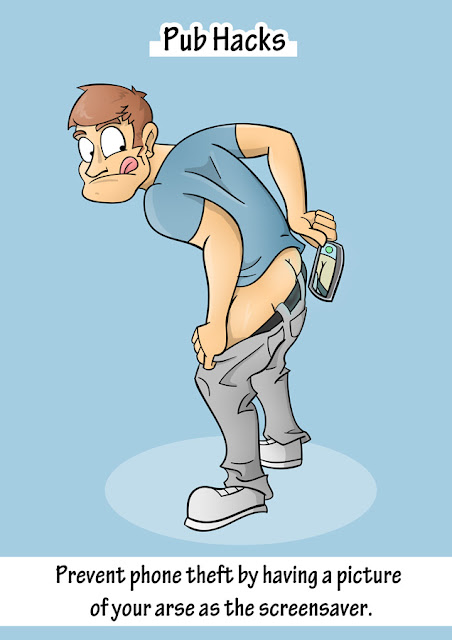 Are 'life hacks' still a thing? They were at least more frequent a couple of years ago, telling us how we could use old water bottles to store our grandparents or something.

I had the idea back then for a series of posters called 'pub hacks'. Each character from The Infamous Five would share a helpful suggestion about getting through a night at the pub. More than one of those characters would use their own arse as a phone screen saver, so I really had to delve deep into their motivations to decide which one wanted it more. It's important to take your characters seriously like that.