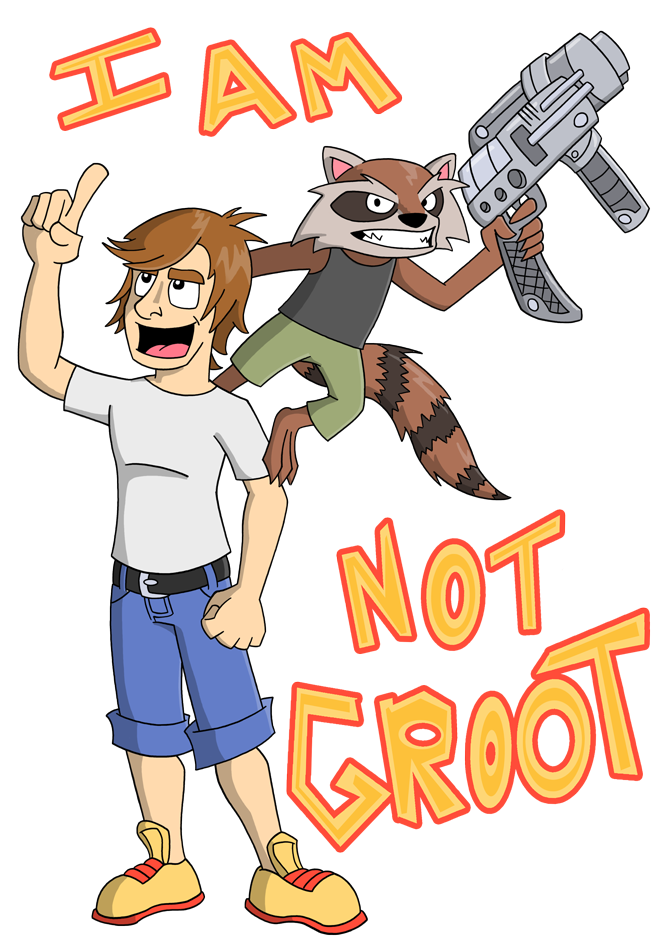 When I saw Guardians of the Galaxy last week, I knew I'd enjoy it. It has all my favourite things. Adventure, fantasy, an epic scope and a fun dynamic of characters... Still, it was dangerous to make the assumption I'd have a good time. That's a good to set yourself up disappointment. But I wasn't disappointed. I really did enjoy it! Now the danger is that I'm setting everyone else up for disappointment. Sorry.

Still, for all the praise I'm giving it I'm not above a little nit-picking. Spoilers ahead.

For a movie that billed itself as being so oddball, it had a standard plot. Stop evil, retrieve the macguffin. But it's easy to forgive simple plots when the reason you're in the cinema is for the adventure and characters. Speaking of, Gamora wasn't quite the lethal, savage warrior I was hoping for. She gave a sly, knowing smile in the trailer and I thought "Oh, you gotta be careful around her." NOPE. She had to be saved, twice. Counter to that, Drax was more entertaining than I thought he would be for a 'token strong guy'. Peter Quill, the main protagonist, was just as much the smart-mouthed, rough and tumble, goofy anti-hero as promised. There's nothing I can say that Marvel haven't already 170 million dollars to tell you. That said, for anti-heroes, the team were putting in a lot of effort to do something they wouldn't be rewarded for. I suppose that gets answered though when Rocket asks why Quill why he would want to save the Galaxy and he responds "'cos I'm one of the idiots that lives in it!"

Surprisingly, I didn't find the talking raccoon the most enjoyable character. It was Groot, the talking tree. "Talking" might be a generous way to describe him actually, considering he's only capable of 3 words. And yet, he got the biggest laughs and gave the most emotional performance. Sorry Quill, your dead mother ain't quite cutting it.

I found myself quoting Groot the most, so here's a pic of me, being Groot but not really, with Rocket Raccoon hitching a ride.
Posted by Gnarlee at 13:44