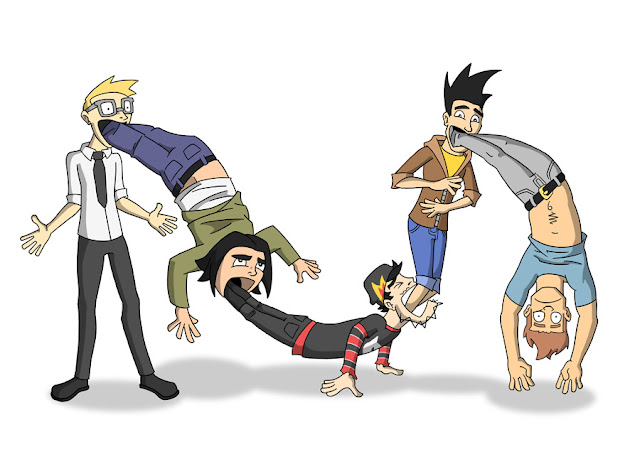 My first post of 2016! Starting off weird. My thinking behind this piece was just to draw the Infamous Five characters in a way we haven't seen yet. I... don't think we've seen any characters anywhere like this.

Back in September I posted Infamous Flight and said it was one of a trilogy, but couldn't find the time to complete the other two. The great thing about a new year is that you put more effort into shit you want to do, with the intention of spending the rest of the year like that. That attitude usually peters out halfway through January. So I better get the final piece finished before then.

You can read The Infamous Five comic at theinfamousfive.com!
Posted by Gnarlee at 17:49