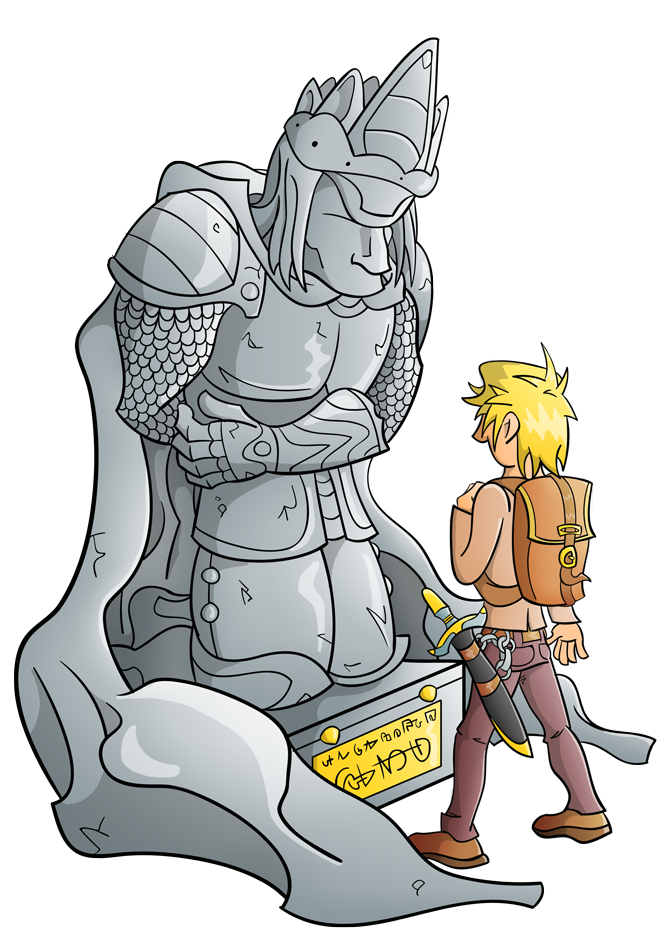 It's finished! Every illustration from last year's Fantasy Week has been coloured and I'm ending it the same way I did back then: with this scene of a traveler standing before a statue of a kneeling king.


I was going to end with a short story about the traveler finding the statue and describing what he thought about it. But when I posted this in May 2013, I said the point was to arouse questions in the viewer's mind, not give them answers. So I'll stick with that. Still, maybe I shouldn't assume people have the same interest in my scribbles that I do.

I do want to say that the reason I decided to have the statue bowing is because that's not something statues do. They're usually standing tall and firm, for worship. I wanted something different, a King who remembers that worship should only come if you serve the people well.

I may do a new Fantasy Week before this year is out, with new illustrations!
Posted by Gnarlee at 23:49