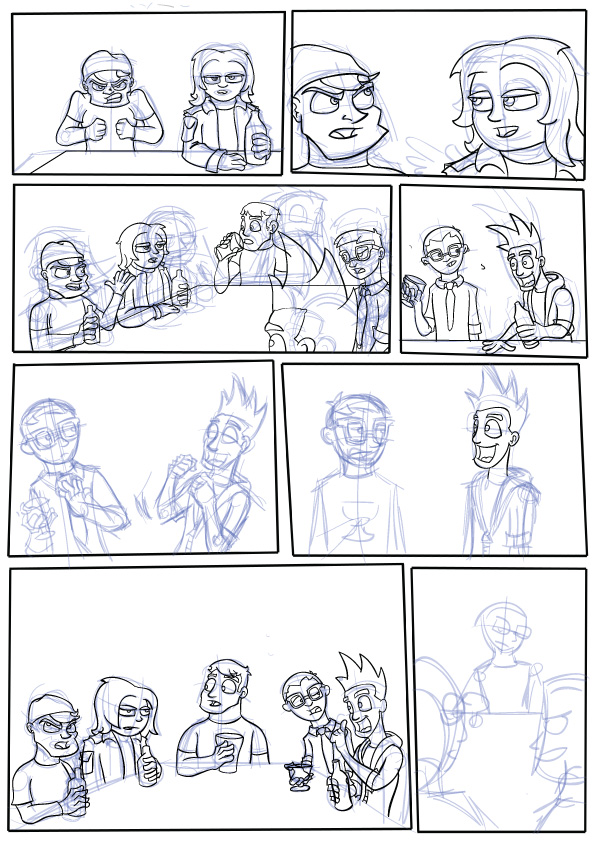 This was originally gonna be the third strip, but after spending all week drawing it I concluded; it's too long.

Now the previous strips before were the same size, but it's this week's script that was the problem. I'd say the script-writer was an ass but he's me so instead I'll say I really like the joke but I don't think there's enough to it for the dialogue to be juggled around by five guys across 8 panels.

You can probably tell from the sketches, there was gonna be a lot of mentioning of the song, lots of singing and snark. Too much. Too much wait punchline. So I had to ditch all my work at the last minute and spent the night drawing out a much punchier strip.
Posted by Gnarlee at 23:53