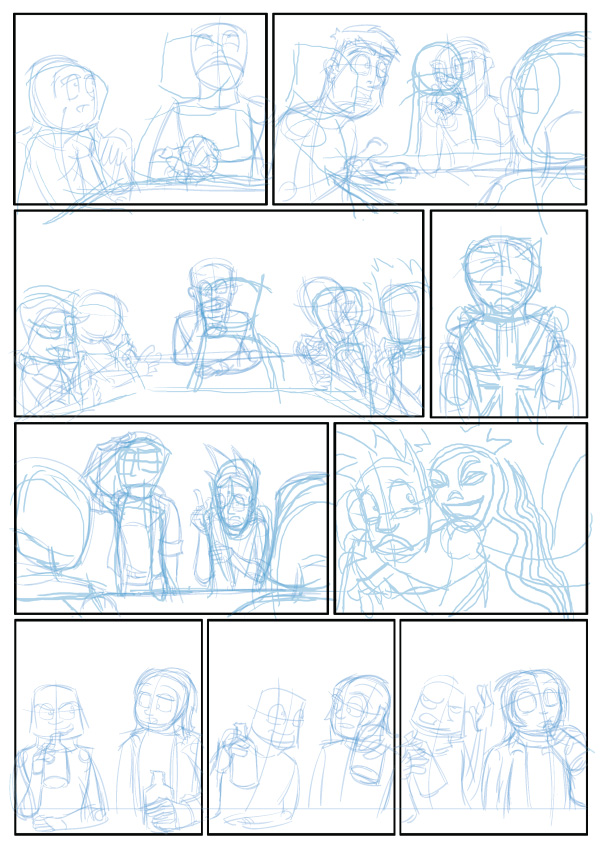 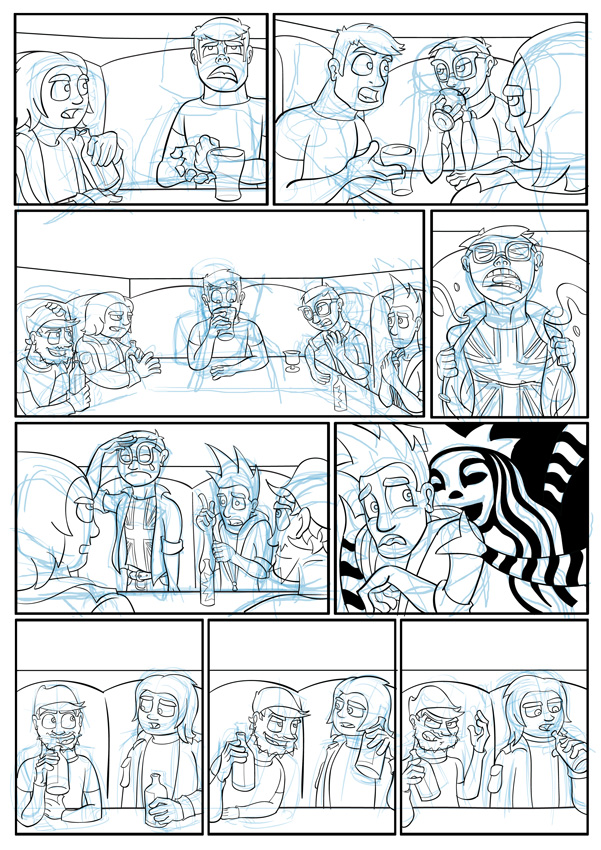 Here's the sketch and inks for #11 of The Infamous Five! The 3rd panel was probably the most challenging as when I usually draw the whole cast, it's on a panel stretching across the whole page. This one had to be smaller to fit everything else. I managed it, though I'd still like to avoid doing that again in the future.

That said, the first thing I actually drew here was panel 6, where the logo is tormenting Lee. I had a specific image in mind and I wanted to make sure I got it right first before tiring myself out on the other stuff.

I really like Elliot in this one though. Him tearing off his shirt looks more dramatic than I thought it would, and he hasn't had enough opportunity to be silly yet.
Posted by Gnarlee at 15:50