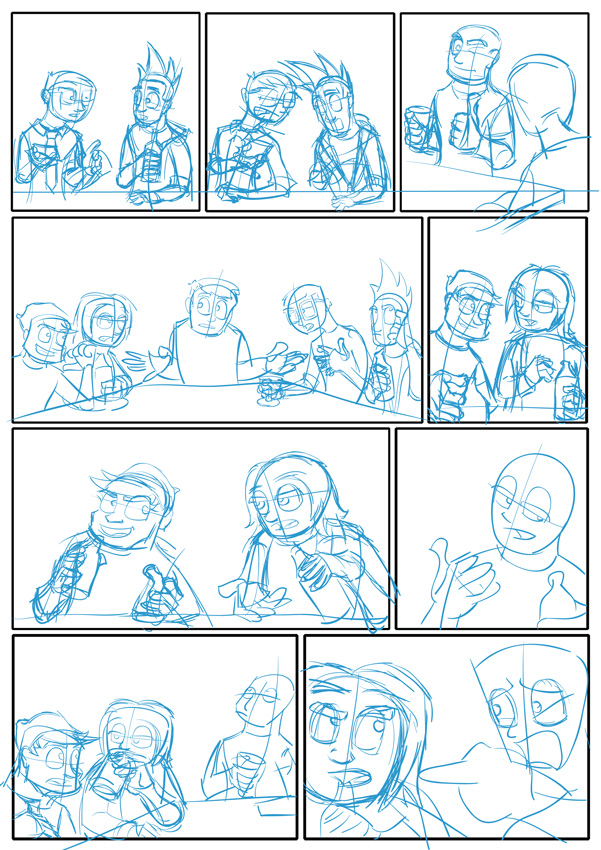 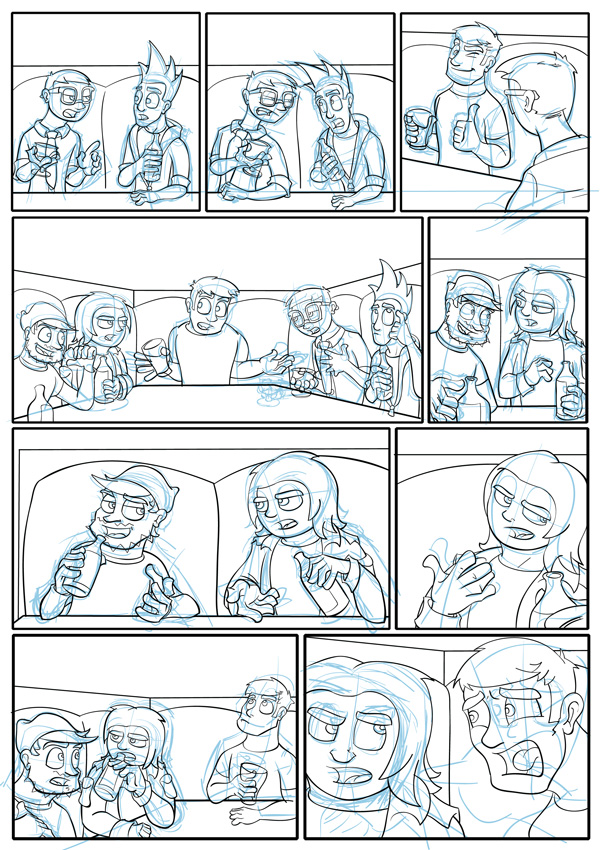 Here's the sketch and inks for the 12th comic of The infamous Five!

Panel 3 was fun to draw, because it wasn't drawing someone acting out their dialogue. It was just Ant getting Elliot's attention. I'd like to have that more, humour based just on how a character is posed.

As I mentioned on The Infamous Five website, this was the LAST comic of 2012! It'll return next year, however this blog will remain active with sketches, stuff, whatever I'm in the mood for. It'll actually be good just to draw miscellaneous things for a while.
Posted by Gnarlee at 23:38