When this blog began in 2012 I decided to share several fantasy drawings I had lying around in one week, creatively referring to this as 'Fantasy Week'. I did this at least once a year since then, and only just noticed. I've invented a tradition, like Jesus Christ or some other mighty holy figure it is perfectly reasonable to compare myself to.

Each time, the style of the theme changes slightly. First it was fully realised illustrations, then improvised illustrations (later coloured), and most recently: pages upon pages of random creatures. Descriptions of those creatures were vague, such as 'I drew this bat because I had space on the page' and 'angry cyclops guy'. In my defence I'm pretty sure only 3 people read the stuff I write, two of those being government agents looking for secret terrorist messages and the other just me doing a spell check (down with teh west).

This year will feature more random creatures as it's one of my favourite things to draw. There'll be one page a week which will give me time to do my other favourite thing: writing. So here we go! This is Fantasy Week, 2016! 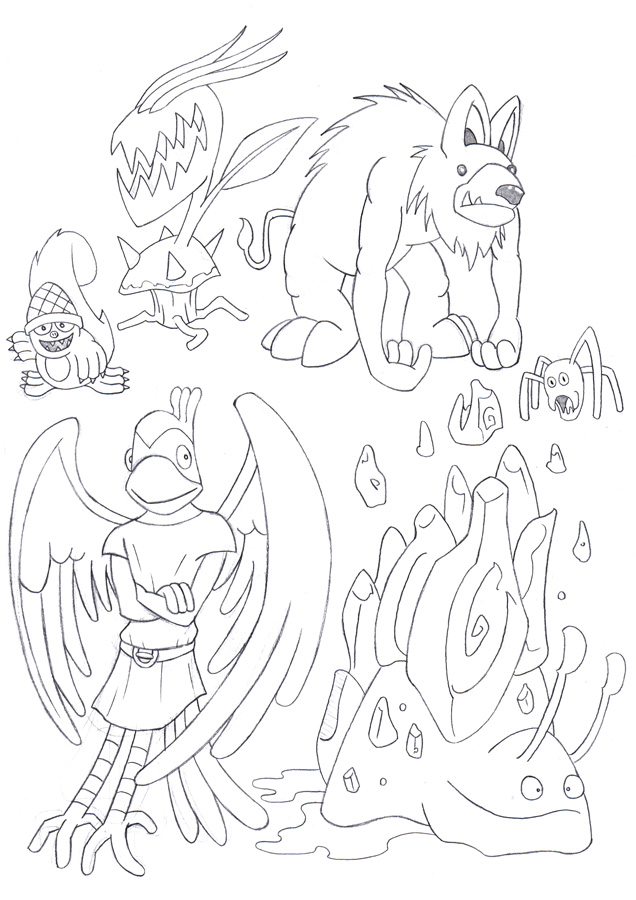 More tomorrow, see you then!
Posted by Gnarlee at 19:19