Wanted to end this fantasy week with something different, so here's some really weird creatures: humans. 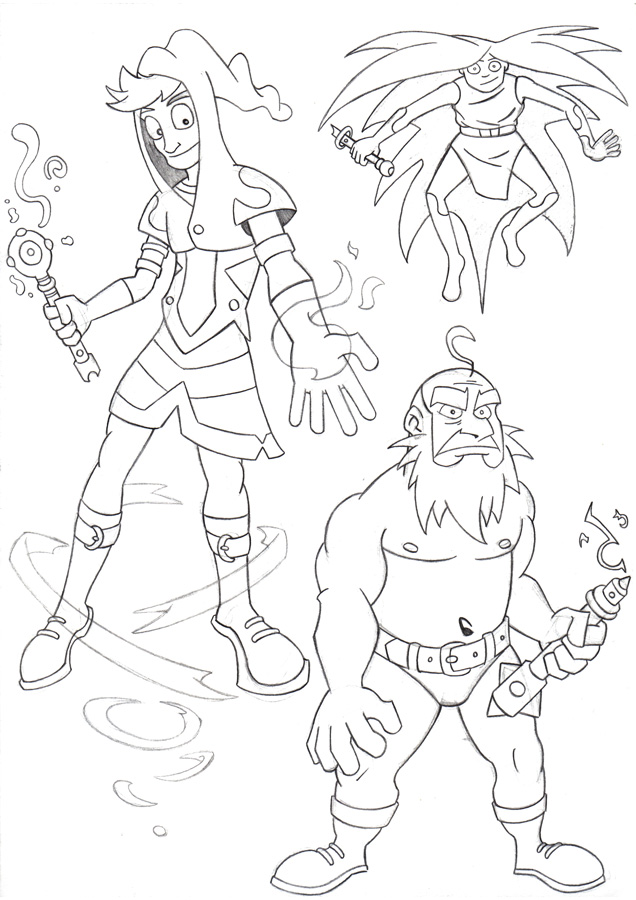 There are many different types of magic, and many different levels. These people are considered the lowest level of the most basic type. Once mockingly referred to as 'Flakes', these people have since proudly adopted the term as their own.


Whereas magic is used by most serious people as way to understand the world, explore the world, save it or conquer it, these people employ their magic as a way to avoid work. They know basic spells but to truly survive they substitute their lack of power with tricks, fast talk or running away. Wizards and dark lords, despite being locked in an eternal battle of good vs evil, generally find each other less annoying than a Flake. We shall discuss 3 of them.

Gallius Freeborne is a slut. He has some skill with light and levitation, enough to impress certain ladies out of their pants. If he's really desperate, it can impress a few men too. He moves quickly on from each person he takes advantage of, learning early on in his "career" that his deficiences as a person become obvious after a couple of weeks. There are rumours that he's seduced royalty a few times, and that the man may be privately frustrated at his ability to consistantly rise so high only to fall again so quickly.

Shereni's magic forces her to move on quickly from one band of treasure hunters to the other. She provides protection to the band from wild threats: floating up with her red hair brimming like fire, she is able to scare off animals and thieves alike - but that's all she does. There is no destructive magic that follows this powerful display. Over time, she developed a second trick. If another magic person threatens her or her band, she is able to make that person believe they are even more powerful than they are. So powerful in fact, that Shernei and her band suddenly seem irrelevant. This allows them to sneak away whilst their attacker is distracted by the power to remake the universe in their image. By the time that person realises they've been fooled and they are actually just playing in mud, Shereni and her band are long gone. Those who have worked with Shereni claim her ability to appear as both powerful and irrelevant make it difficult for the girl to judge her own worth.

Brunfor just wants to be left alone, until he runs out of food of course, at which point he'll turn up at your house or business havening performed a chore in an unhelpful manner. "I killed all the rats in your basement" he once told a barman in front of all his customers, who had been hoping to keep the rats a secret. "I washed your guard dogs." he told the governor, having somehow used so much soap and water the dogs shrunk to half their size. "I cleaned your garden." He told an old lady, who found all the flowers picked out and her bird house in the bin. Brunfor is rewarded with food and lots of it, to delay his return for as long as possible. It's easier than trying to fight him. Spaces are always set for him at large birthdays or weddings, not because he's invited, but because he'll show up anyway. To his credit he tries to bring gifts, such as two snakes tied together to make a heart. Or he'll just bring a really, really big rock. Brunfor himself believes in minimalism. The only things he owns are his magic wand and a pair of tough boots. After some persuasion, he eventually wore pants.


This was fun, haven't written creatively in a while. Maybe I'll get more into it. Thanks for looking and if you read anything, thanks for that too. See you again soon!
Posted by Gnarlee at 23:21