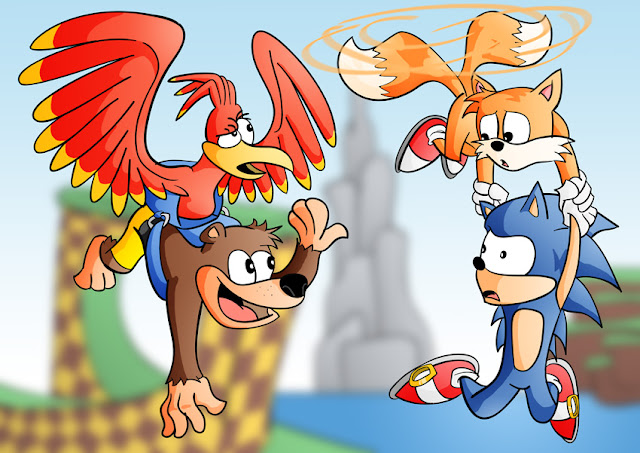 I was recently introduced to the show Game Grumps, and one of the first episodes I watched were of the game Banjo-Kazooie. Though I never owned the game, as a kid I was obsessed with it. My next door neighbour had it, and watching those episodes reminded me of being at his house playing it all the time. I probably wanted to play the game more than hang out with him. But don't worry about judging me, we had a 'if you die it's my turn' rule, and I spent most of my time watching him play... Still, we were best buds, that game enthralled me.

See, I loved those iconic game characters. Mario representing Nintendo, Sonic representing Sega... they're just mascots really, but I saw them as heroes with big stories. Their games were built up over time, slowly building up the depth and scale of their world. And when Banjo Kazooie came out? Damn, they nailed icon status for me right away. They didn't start off in a little pixel world with a tiny story, straight away their world was vast, gorgeous and packed with ideas and humour. I never wanted for anything. Of course, the company Rare had a history of gaming and technology advances to build off, but you still need to build something great and I fell in love immediately.

After watching the Banjo-Kazooie episodes and then the epic horror Sonic '06 (you'd have to watch the episodes to know why it's so bad) I got pining to draw some fan-art and here it is. 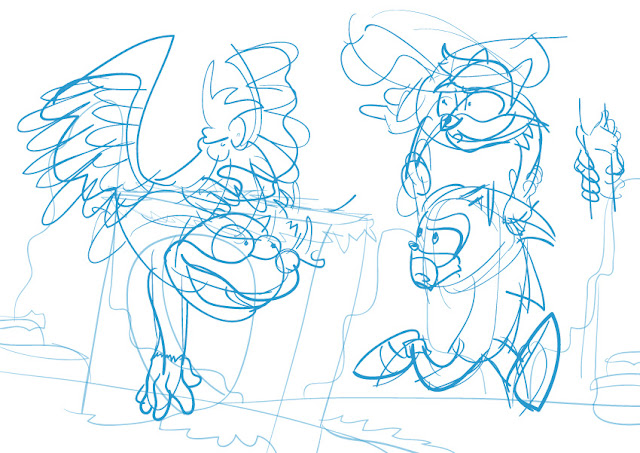 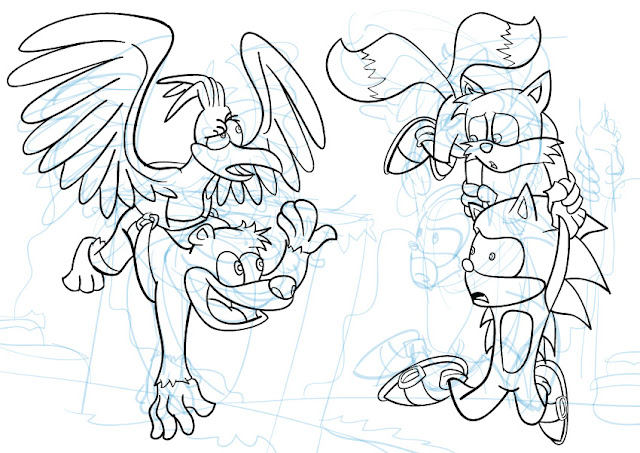