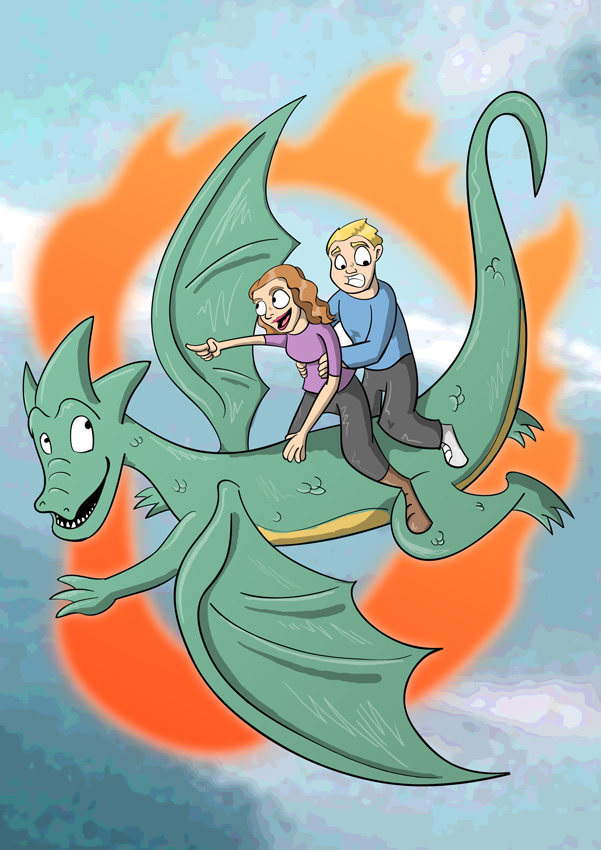 This is how we start the new year! With a drawing I actually did last year. But it was in late December, so, close enough?

I was commissioned by a friend to draw her and her boyfriend, with free reign on what everything else could be. I immediately went with a dragon because she adores them and I'm considerate like that. I also had no idea what else to do. I added a ring of fire to keep it interesting, but felt like more was needed.

The background is a photograph of clouds a friend took which I thought would be good and simple, but after playing around with the style and hues in Photoshop it looked to me like layers of forest pierced by rivers. That's my impression anyway, maybe you see something different. We at least agree that's a dragon? Unless there's a scaly species of cat I'm not aware of.

The reason my friend commissioned me, aside from having excellent taste, was because she needed something to put on the bare walls of her new place. I'll post a photo of that when I get one. If I don't, it means the drawing looked awful on the wall and went in the bin with a ton of Christmas cards and scaly cat droppings.
Posted by Gnarlee at 18:33