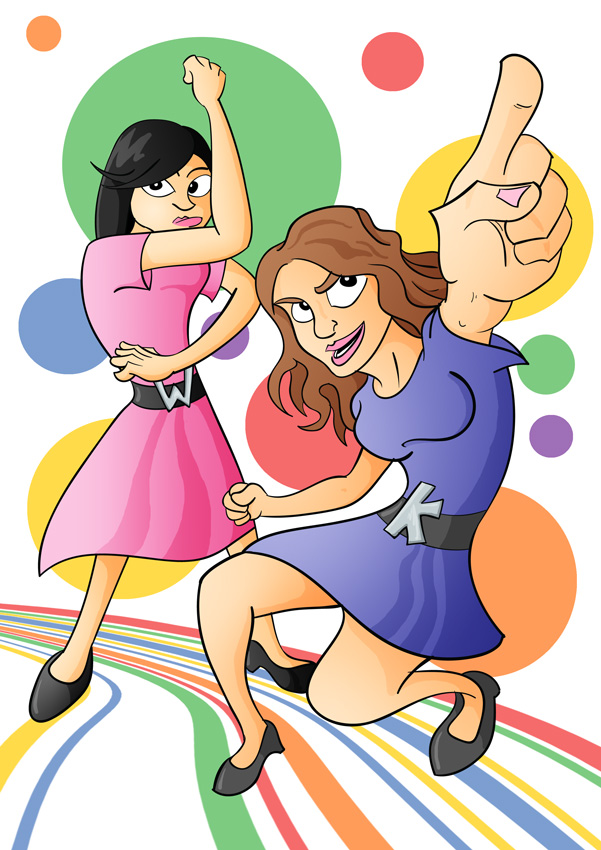 I was commissioned by a friend again, the girl seen here as 'K', and once again I was given permission to do what I wanted. Although one stipulation was that her friend 'W' had to be in it. Technically this means W was getting a free pic... but luckily she's my friend too so that affords them a lot of leeway. Gnarleeway? No, sorry, forget that word.

This whole pic came out of nowhere, I just threw my friend into a position I think befits her personality. Yeah, that's her personality. W's pose was drawn purely to compliment K's, she's not quite so steely in real life. I actually sent her the sketch first to see if she was bothered I drew her with that expression...

Although that's not the worst part. Originally W was wearing a yellow dress. My friend M pointed out that putting an asian character in a yellow dress is... well he never pointed out anything, he just called me a disgusting racist. That's not why I did it, honestly! Yellow just compliments blue! W didn't even think about it either! Wow, look at me referring to all my friends by initials, as if I'm drawing the staff of MI5.

Now the background, all those bubbles and stripes, I don't know, it just came to me. Maybe I was getting a 70s vibe from those dresses. I'm particularly proud of those stripes making a sorta road and coming toward the viewer. I was just trying shit, and it looked good to me. The space between the last two stripes and the rest of them wasn't deliberate but I left it in because it has a nice, subtle effect. That's probably not a message I want to put out there. If something is a good effect, it might have been an accident. At least I was intuitive enough to see it?

I'll end by telling you that W ended up commissioning me too! Before she even saw this piece. I could have considered this image one one commission for two payments... But I'm better than that. Or maybe not, I kinda want to buy a buckle with a my initial on it right now. 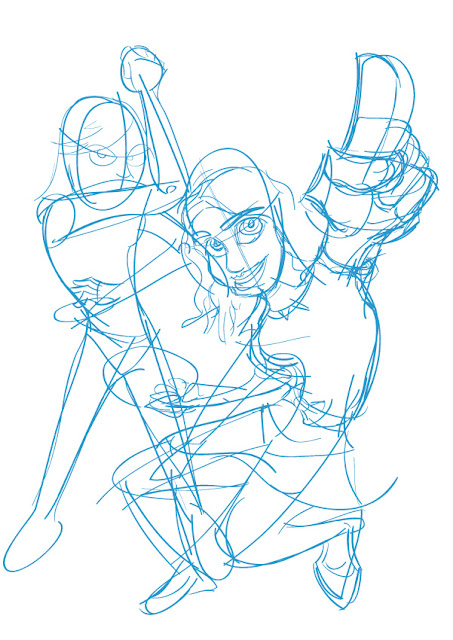 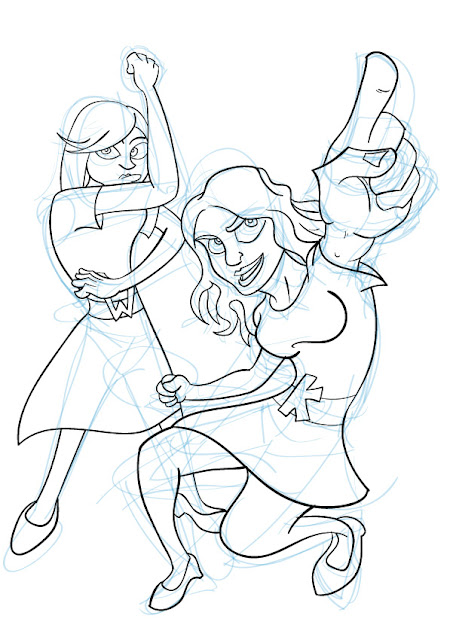