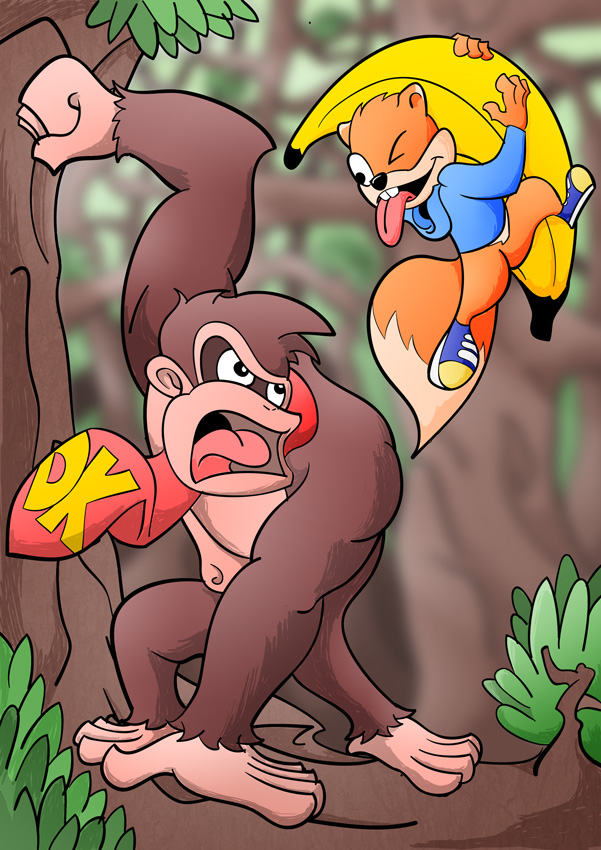 We're back to Rare! Okay, I know DK is actually Nintendo's character. But Rare made him the guy we love: the jungle partying, crocodile-squashing hoarder of giant bananas. I certainly have no affection for that other gorilla throwing a tantrum on the girders... The DK platformers on the N64 were my obsession. Well, one of many it seems. I think I borrowed and rented the first two games but I saved all the pennies I could from my paper route to buy Donkey Kong Country 3.

Conkers, well, I gotta confess I never played his game.  I remember at the time reading about a new Rare game featuring a swearing squirrel and thought it'd be cool to play, but I never quite got round to buying it. I could never quite commit to the £40 for it, even though I had a better job by then. Still, he was worthy enough to include in my crossovers.

I ended up putting a lot of effort into the background for this one, after which I crammed a giant monkey on top of all the work I did. So here's the background by itself. Sketch and inks below it. 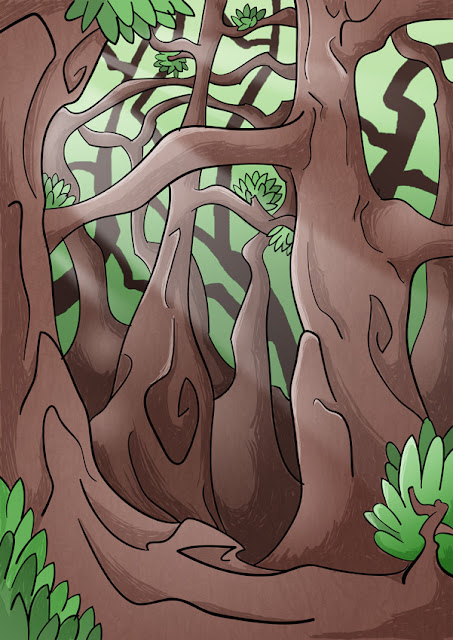 So this marks the end of my game series! I like theming my art. I'll probably return to this theme again, but three's enough for now. I like trilogies too...
Posted by Gnarlee at 23:42