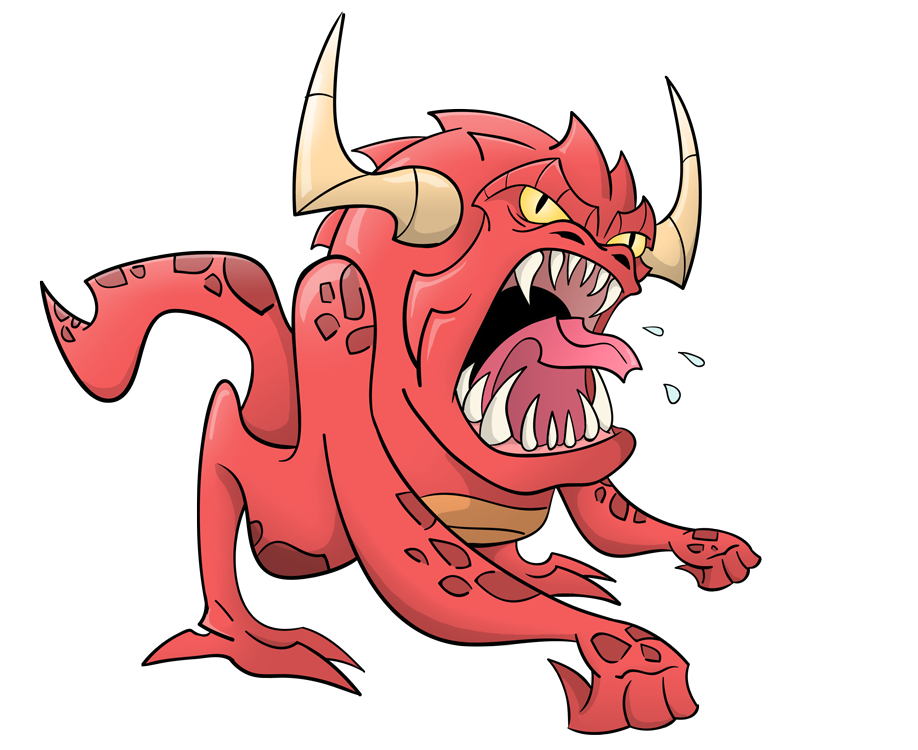 5th colouring from last year's Fantasy Week! Red seemed like the obvious choice for a demon, and sometimes it's okay to be obvious. I wasn't going to make him pink for the sake of being clever and unexpected. After all, London wasn't expecting a fire in 1666 and no one thought that was clever.

Demons are generally depicted in two ways: a humanoid trying to convince innocent people to do bad things, or a monstrous beast. If this beast wanted the humanoid's job, he'd need to wear a very convincing tie.

I don't believe in the afterlife but I like the concept. I like the idea of two metaphysical realms, one of pure goodness and one of pure evil, trying to influence what happens in reality. Although I do wonder, what do demons do all day? Torture humans? Even if you really like doing it, surely it'll get dull after an eternity or two. I mean, I really like chocolate but even I get bored after the 17th bar. Angels must get bored too, all the fun stuff is a sin. Except chocolate, hence why the Pearly Gates are so wide.

An infinity of fluffy clouds or an infinity of fire pits... no wonder Heaven and Hell spend so much time with us.
Posted by Gnarlee at 13:46