What started out as one spontaneous colouring of an old drawing has now turned to three. Were I a more organised man, I could have turned the previous three days into an event. "On the first anniversary of my hugely succesful Fantasy Week," I'd have began, lying "I breath fresh life into my hugely popular characters by imbuing them with the brightest colours picked from the strongest rainbows." I've have ended, transforming my lie intro quite the most poetic bullshit.

The third piece is this magic monkey which I insist on titling Monkey Magic: 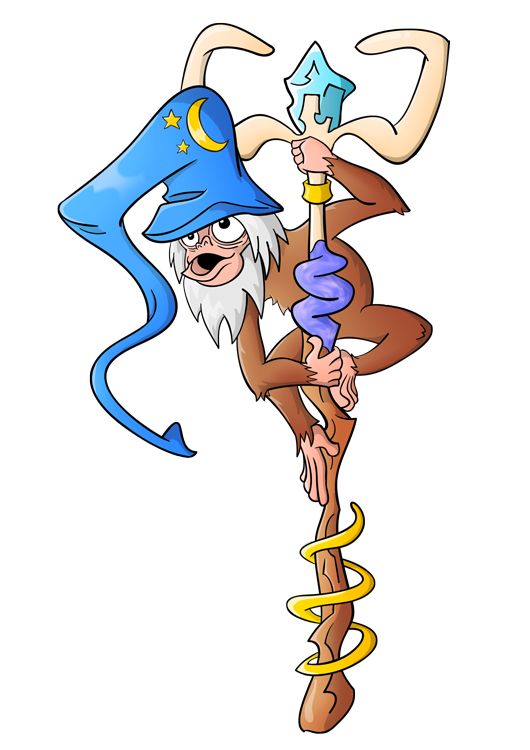 Maybe I'll go on to colour the rest of the drawings from Fantasy Week. Or maybe I'll do something else, I don't know. I've really got to start organising my spontaneity.
Posted by Gnarlee at 22:30