I was sketching without any real goal in mind, playing with my favourite themes, lines and shapes, which eventually resulted in this: 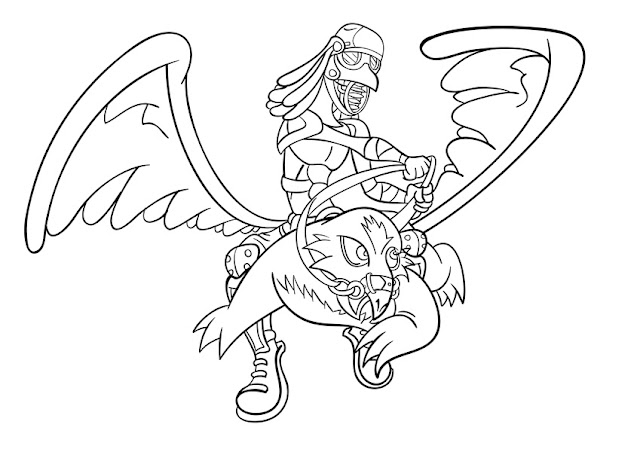 I should mention that I knew roughly what I wanted when I began. I didn't lift the pen up after 4 hours and go "What have I done?!" like those characters in thrillers who blackout for 2 hours then wake up covered in blood.


During the sketching, sometime after I added the gas mask, I looked at the scattered lines for a moment and thought "it kinda looks there's a beak around that gas mask." And I liked it, a helmet shaped like a bird's head. As a guy who likes to know exactly what he's drawing, it was satisfying to throw away that caution and discover that sometimes you can just just follow the lines.

Unfortunately I don't have a saved file of that specific 'looks like a beak' moment because I don't chronicle every line I make, Here's the rest of the sketch I do have: 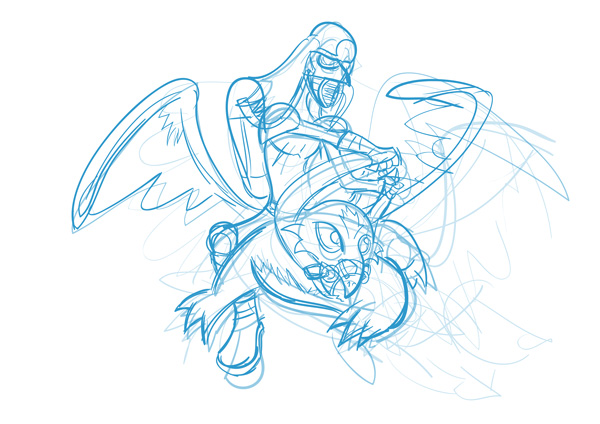 So not only was I pleased with the outcome, I was surprised that I had an outcome. So much so in fact that I did the same thing the next day; and I'll share the results of that tomorrow. Because from today, this is now Fantasy Week!
Posted by Gnarlee at 23:42