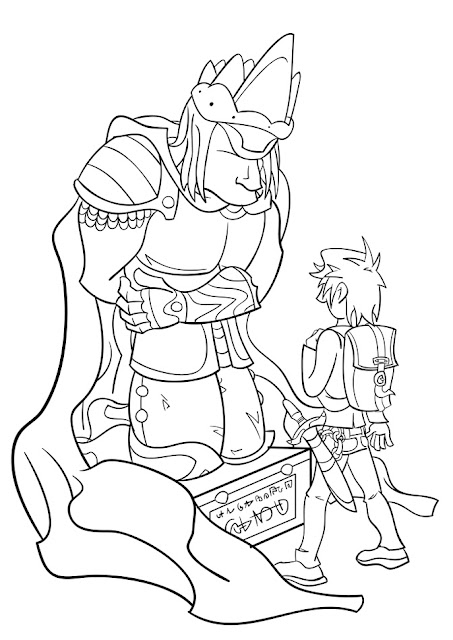 For the final day I decided not to draw a character, but a scene. A little event. What do you see here? I'm asking because I didn't want to draw something definitive, I wanted something the viewer could ponder over... and there's no point telling if I haven't got you doing that! But then there's no point having a blog if I'm not gonna tell you things, so here we go:

I went back to my thinking at the park: what would I want to see? Adventure isn't just about discovering people and creatures, it's about discovering things. Things such as... monuments. Big looming structures, beautiful and terrifying. Signs of a civilisation paying tribute to something important. I like the questions all that raises. Who were the civilisation? What's the monument meant to be? Why was it built?

So that's what this is. A traveller facing a statue, a scene to put those questions and more in the viewer's mind: it's a statue of a king, so why is he bowing? Shouldn't he be standing tall and regal? The traveller was only there to represent this idea of discovery, but ends becomes part of the possibilities. Where did he come from, and did he come looking for the statue? I was going to list the other ideas I had, but I don't want to take over. 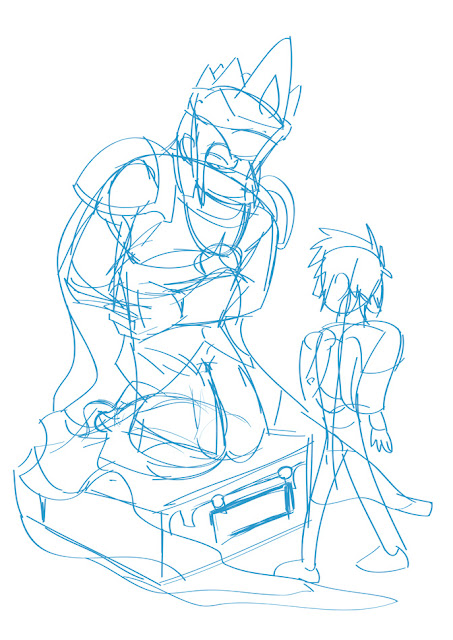