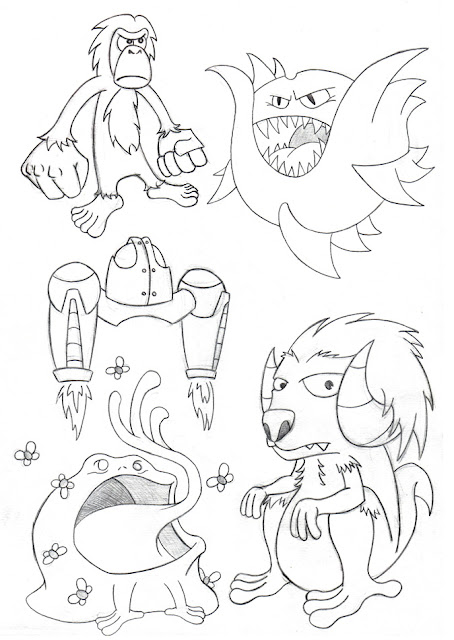 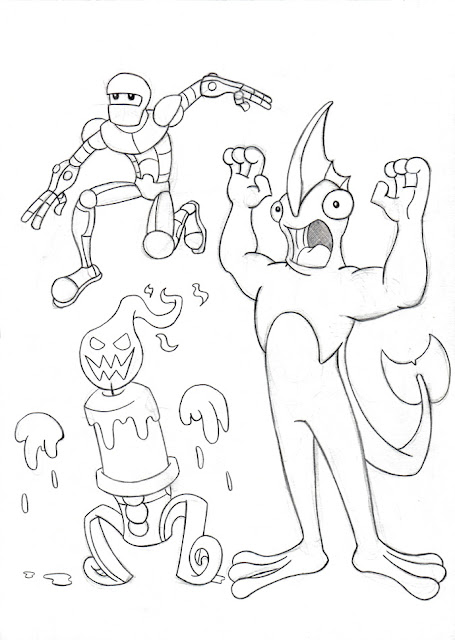 This is the first time I set myself a goal on one of these fantasy pages, a little theme. I wanted each creature to be made of something different to the other. I ended up with something mechanical, biological and then a spooky thing. I hope I don't lose your interest for the rest by saying this, but, this is one of my favourite pages. 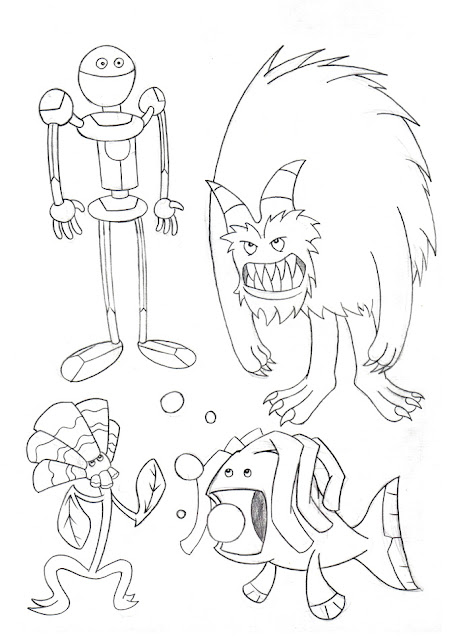 More tomorrow!
Posted by Gnarlee at 17:46