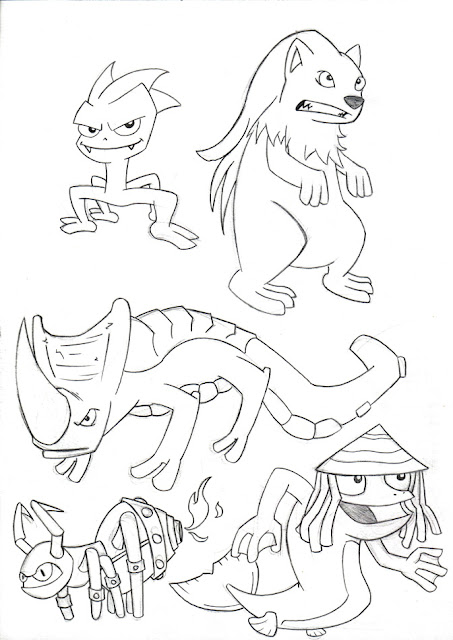 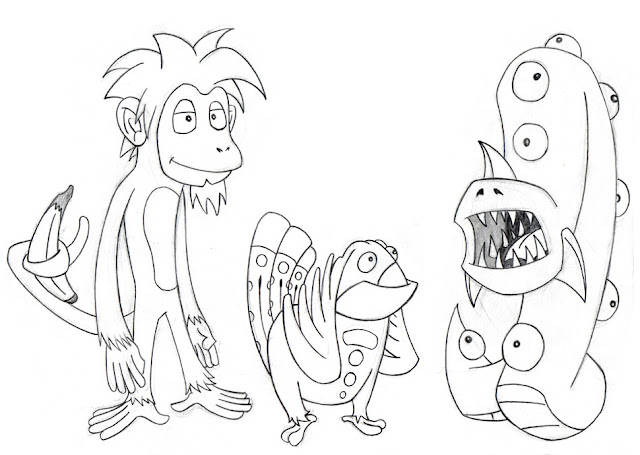 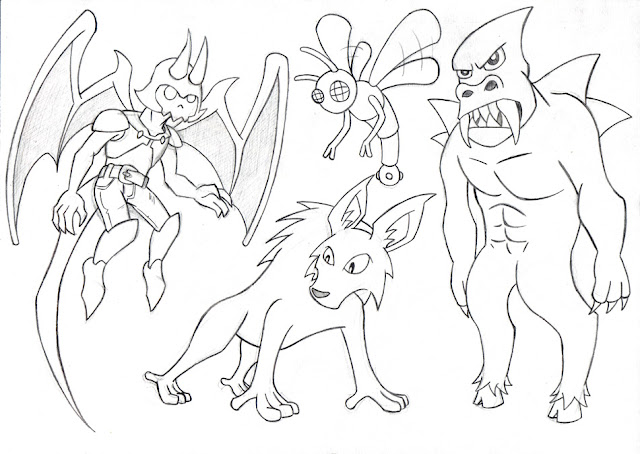 There may have been a theme attempted here, to make each creature on this page a monstrous beast. It starts off strong enough with the bat creature, but then the wolf I followed it up with looks rather fluffy and wide-eyed. No claws, no snarling teeth. The demon creature has those, but his stance isn't imposing, he could be waiting at a bus stop. Then there's a little bug, simply keeping company. Don't get me wrong, I ilke these guys. But the theme that started with the bat, seemed to end with it.